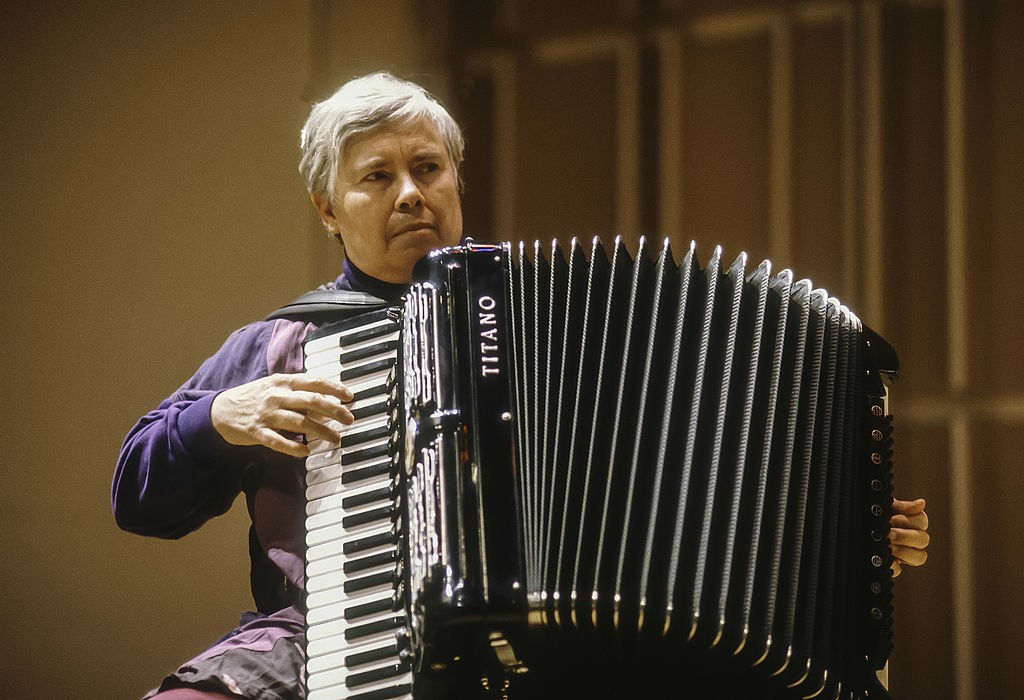 Composer and music theorist Pauline Oliveros died Thursday at age 84, as reported by multiple outlets and confirmed by friends on her Facebook page. Known for her philosophy of “Deep Listening,” Oliveros was an early practitioner of avant-garde electronic music and an influential figure in the contemporary classical movement.

Born in 1932, Oliveros got her start playing accordion as a child, and the instrument’s reverberating, drone-like qualities earned it a central role throughout her career. As a young adult, Oliveros began experimenting with then-new analog tape technology, exploring effects like delay and loops. She received a degree in composition from the University of Houston. In the 1960s, she became a founding member of the San Francisco Tape Music Center alongside composers Morton Subotnick and Ramon Sender, and went on to serve as the center’s director.

Later, Oliveros became strongly associated with her practice of “Deep Listening,” which encourages practitioners to develop a sense of presence with sound as a method for integrating “music, literature, art, meditation, technology, and healing.” She coined the term for her 1989 album of the same title, recorded with Stuart Dempster and Panaiotis in a submerged cistern at Fort Worden State Park in Port Townsend, Washington. The cistern’s depth caused every sound to reverberate for 45 seconds, building a slow, meditative, droning composition.

Oliveros went on to expand and share her insights with her Deep Listening Band, her education organization the Deep Listening Institute, and through her writing. She was also a respected lecturer and academic, teaching at California’s Mills College and holding numerous composer-in-residence positions.