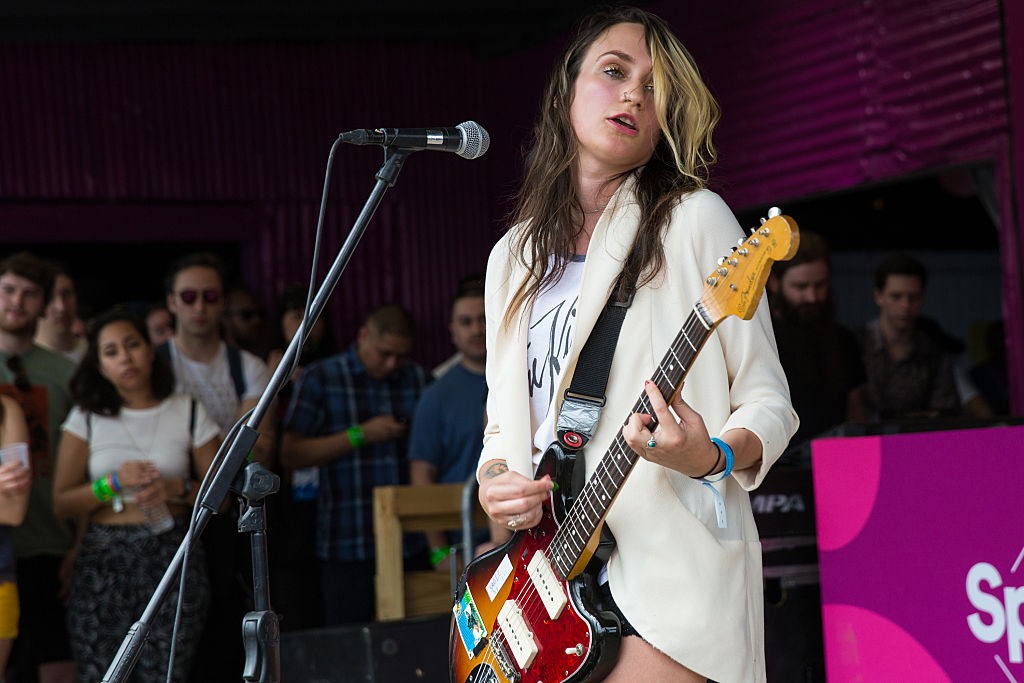 Not too long ago, Sad13, a.k.a. Sadie Dupuis of Speedy Ortiz, realized she needed a change of scenery and pace. After weathering a break-up and feeling nostalgic for the days when she trafficked in bedroom recordings, she moved to Philadelphia from Northampton, Massachusetts, and recorded Slugger—her debut under the solo Sad13 moniker—in just two weeks. The new effort finds Dupuis shying away from the knotty, guitar-based rock of Speedy Ortiz and embracing a glitzier sound adorned with synths and pop-friendly melodies. Slugger also features a collaboration with rising rapper and producer Sammus. Listen to the whole record, via NPR, below.