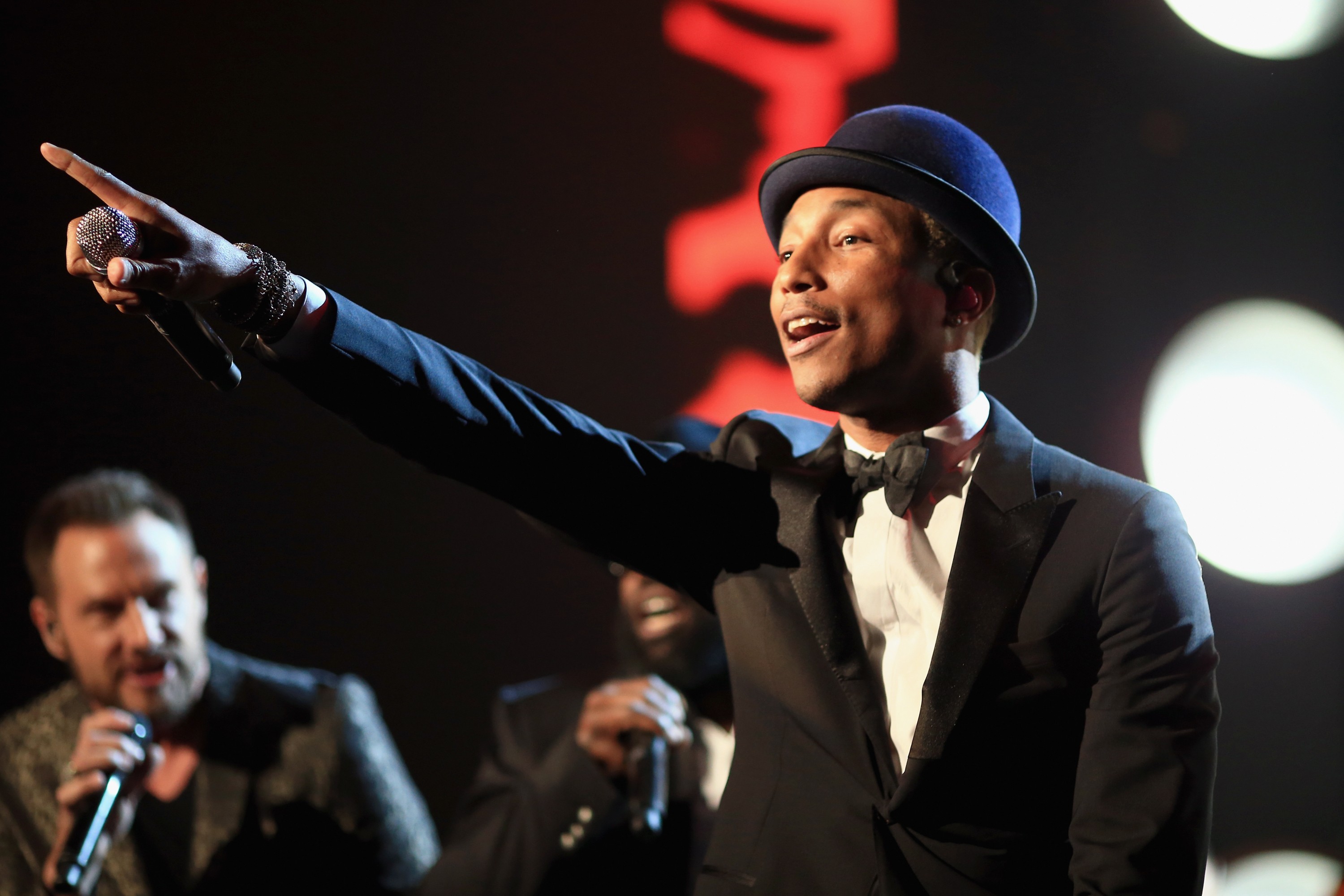 Today, Pharrell Williams has released (yes) the fourth original song he contributed to the soundtrack of the new film Hidden Figures, which traces the contribution of three black women (played by Taraji P. Henson, Janelle Monáe, and Octavia Spencer) who played a crucial role in NASA’s 1969 moon expedition.

The song, unlike the previous three, does not feature Pharrell on vocals; instead, the melismatic inflections are handled by Houston gospel star and pastor Kim Burrell. Pharrell’s previous Hidden Figures track, “Crave,” had gospel-esque trimmings, but the uplifting, handclap-driven “I See a Victory” (“We’ll be writing history / It’s gonna be victory”) has an explicitly congregational feel, despite the trap hi-hats buzzing on top.

Watch 20th Century Fox’s lyric video, complete with clips from the film and floating physics equations, below. The Hidden Figures soundtrack is set to be released on December 9.