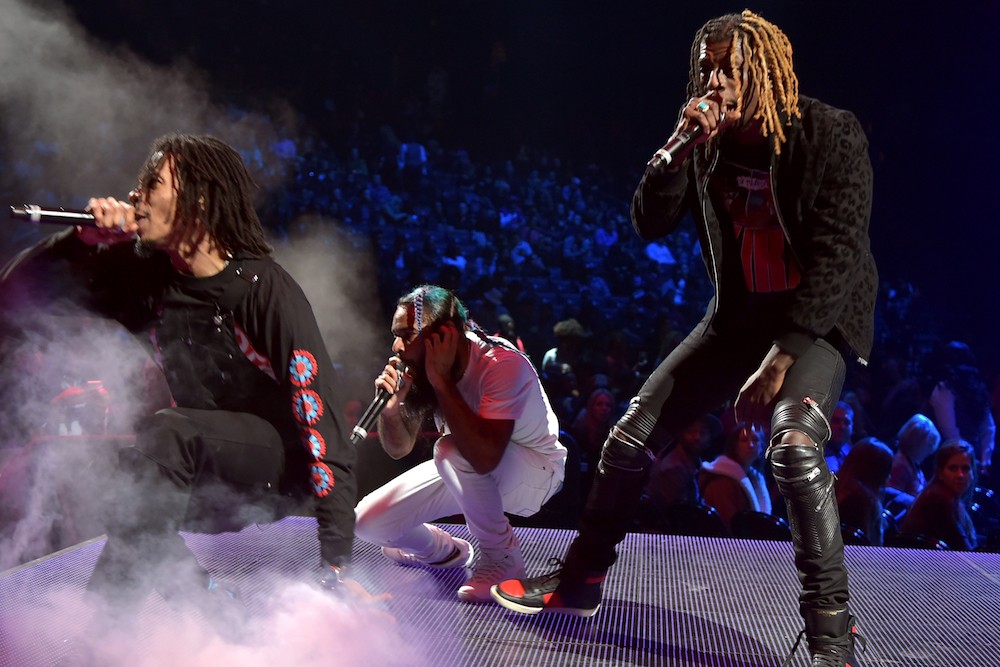 With all of the great music that’s dropped throughout this dark year, it’s easy to forget Flatbush Zombies’ exceptional 3001: A Laced Odyssey. Well, we’re reminded of it today because the Brooklyn trio have released their first piece of music since putting out that debut album.

“Aries,” which features British band Deadcuts, is a bleakly produced song that uses syncopated drum work and detached psychedelics. Meechy Darko offers a stream-of-conscious surveillance of the nation’s bedlam (“Emancipation, castration, mass-hating, white-washing / Black shaving patience, that I’m demonstrating”), while Erick Arc Elliot makes an attempt to point toward some sort of solace (“Whatever your purpose is / Hone in and hold your kids”).

Give “Aries” a listen via Apple Music below.