Moby Asks America, “What the Fuck Is Wrong With You?” 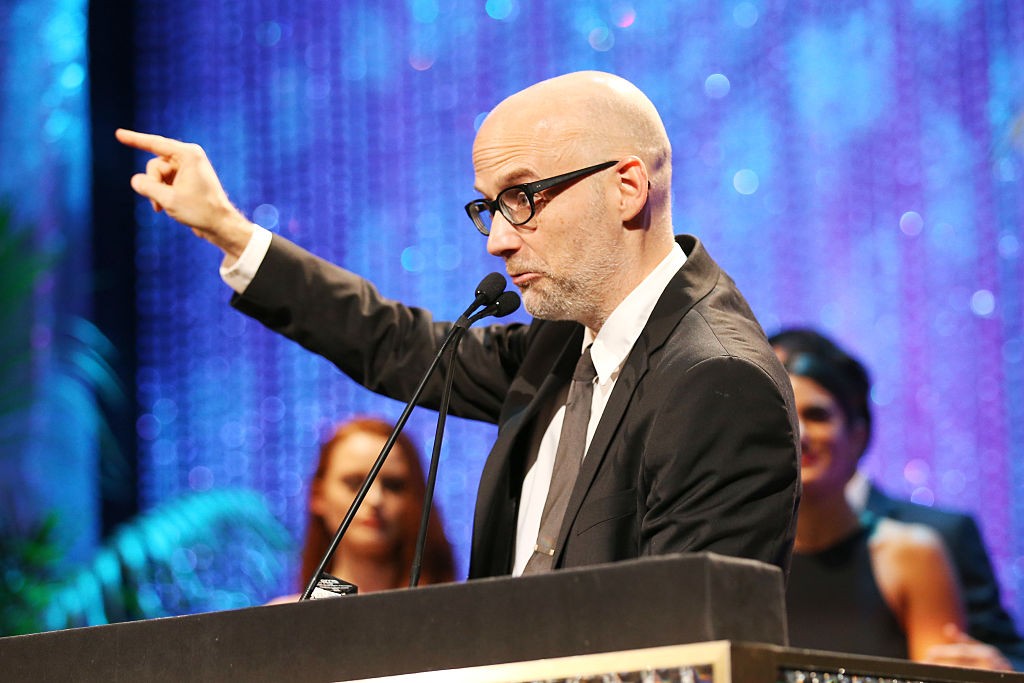 Moby, electronic musician and advocate of clean living, is fed up. He’s been an outspoken Hillary Clinton supporter and called Donald Trump “an actual sociopath.” Last night, Americans elected Trump anyway, and in a new open letter via Billboard, Moby expresses his frustration at a “delusional, upside down” situation. Trump, Moby argues, is like junk food and cigarettes, other bad habits America can’t seem to quit. (Moby himself is vegan.)

“America, what the fuck is wrong with you?,” Moby writes. “But then i ask myself, very sadly, why am i surprised?… this is the america who has now elected a dim-witted, racist, misogynist.??” Read the full letter below.

america,?? why are you so afraid of evidence??

you smoke cigarettes,naively believing they won’t kill you. you eat garbage, believing it won’t make you sick and obese.? and now you’ve elected donald trump.

and in the process you’ve denied the presidency to an experienced and erudite woman whose only shortcoming is being on the receiving end?of a 30 year right-wing smear campaign. ?as a life long progressive i’m supposed to be diplomatic and understanding, but america, what the fuck is wrong with you?? but then i ask myself, very sadly, why am i surprised?? this is the same america that eats at burger king and is baffled as to why it ends up obese and cancerous and dying?this is the same america who thinks that granting health care to 20,000,000 people is somehow treasonous.?

the rust belt jobs won’t come back. the wall won’t get built. and hillary won’t get locked up.?

donald trump will be impeached, or end his presidency with single digit approval ratings.?and hopefully, somehow, america will finally wake up the fact that republicans are, simply, terrible. ?reagan and bush sr. and the republicans ruined the economy, bill clinton and the democrats fixed it. ?george w. bush and the republicans ruined the economy all over again, obama and the democrats fixed it. ?in some baffling, habitual masochism americans keep going back to what’s bad for them, whether it’s food or political parties.?

but here are the facts: ?junk food makes you fat and kills you.? cigarettes give you cancer.?and donald trump is a racist and a misogynist who has ruined countless businesses and will be the worst president our country has ever, ever seen.