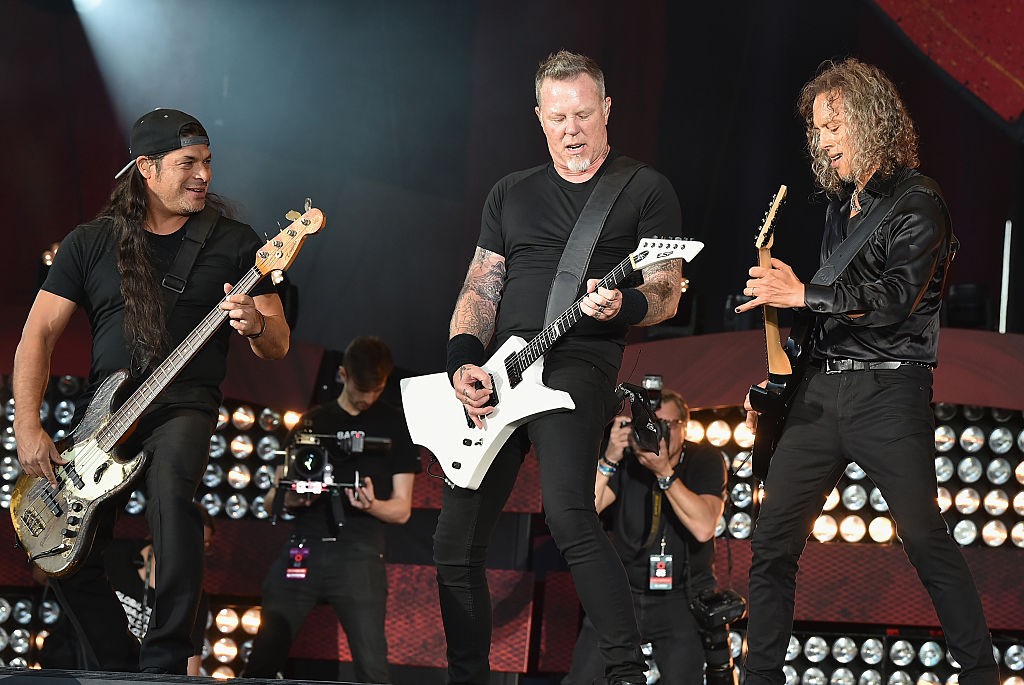 Today in headlines from 2001: Metallica is back on Napster. Seventeen years after the anti-piracy lawsuit that pitted the metal legends against the file-sharing network of the dial-up era, Metallica’s full catalog is once again available on Napster, Billboard reports. Also: Napster is still a thing! It’s a legit streaming app owned by Rhapsody. (Forget remembering Napster; remember Rhapsody?)

This bit of nostalgia arrives just in time for Metallica’s new album, Hardwired… to Self-Destruct, which is out this Friday, November 18. From 12 p.m. Eastern today through 6 a.m. tomorrow, Metallica will premiere music videos for every remaining Hardwired song (plus one track from the deluxe version, “Lords of Summer”) at a rate of one video every two hours. Thus, by tomorrow morning in the U.S., you’ll be able to listen to the full album a day early. We’ve already heard the title track, “Moth Into Flame,” and “Atlas, Rise!” The first of the new batch of clips is this video for “Dream No More,” directed by Tom Kirk: