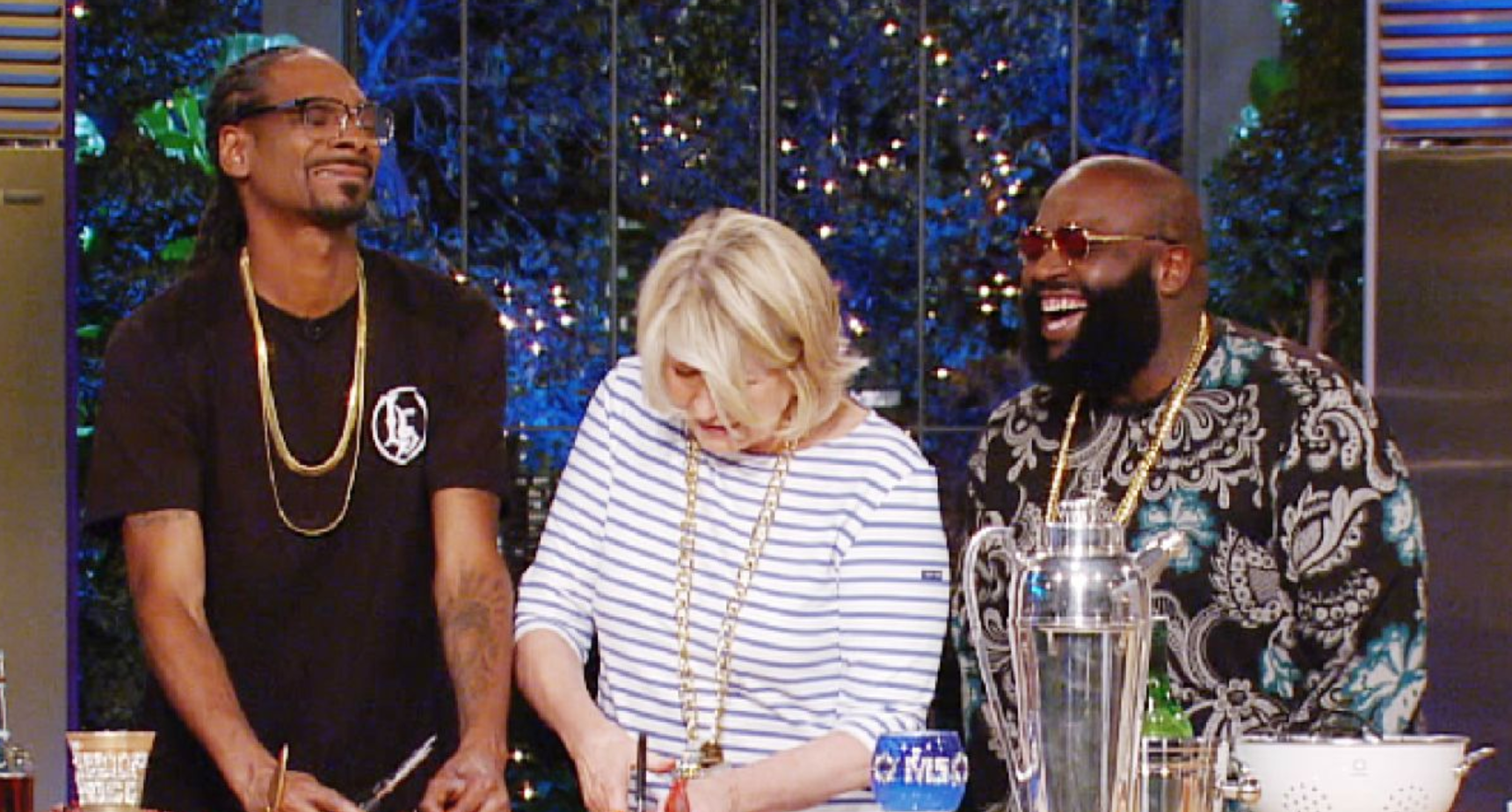 Following its second episode (which featured Rick Ross saying, “Let’s make some noise for Martha … ‘cause baby got back!”) Martha Stewart and Snoop Dogg’s idiosyncratic new “cooking show,” Martha and Snoop’s Potluck Dinner Party, has been renewed for a second season on VH1, according to Deadline.

Vulture dubbed the show, ahead of its premiere, “one shining light at the end of the tunnel” for “this dumpster fire of a year.” I don’t know if it’s making me feel much better, but it’s at least had enough colorful moments and weed jokes to distinguish it in VH1’s original programming block, and on cable television in general.

Deadline reports that the show’s premiere (the week of the election) was cable’s “top new unscripted franchise,” and was the top non-sports cable program during its time period in several key demographics. Chris McCarthy, the president of VH1, MTV, and Logo, had this to say about the show’s second season: “Martha and Snoop are the modern day ‘Odd Couple’ and the reigning King and Queen of pop culture. Wait until you see what happens in season two.”

Whatever you say, Chris! Watch the latest episode of Martha and Snoop, where they make bourbon cider, at 10 p.m. EST tonight on VH1.