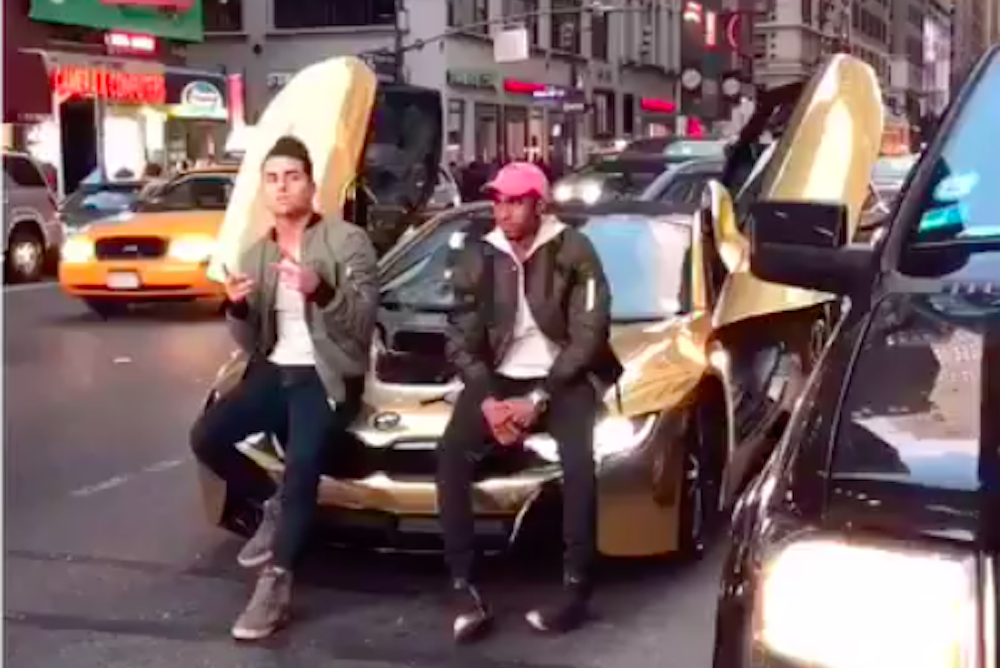 Coby Persin is a “YouTube personality” who specializes in “pranks” and “social experiments,” meaning that he has carefully sculpted eyebrows and makes his living inconveniencing and intruding upon the lives of ordinary people who are just trying to get through the day. Recently, he visited New York City, and naturally, that meant blocking a lane of Seventh Avenue traffic to make goofy poses for the camera in front of his six-figure-pricetag BMW i8. One New Yorker was having none of it.

“Was doing photoshoot in NYC and this crazy guy comes out with a Bat and Smashed my Windshield!!” Persin wrote on Twitter yesterday, expecting sympathy from his legions of followers and getting laughed at instead. From the video, it doesn’t look like the baseball bat-wielding vigilante wounded any actual human beings, and the damage to the BMW window appears to be minimal.

Was doing photoshoot in NYC and this crazy guy comes out with a Bat and Smashed my Windshield!! pic.twitter.com/iAS3f5PinA

Persin tweeted that he is seeking information about the man wit the bat, presumably so that he can press charges or file a lawsuit. If you happen to know who he is, we humbly suggest donating to his legal defense fund instead. Then again, even money says the whole thing is one of Persin’s “pranks” anyway, and all will be revealed in his latest YouTube video.