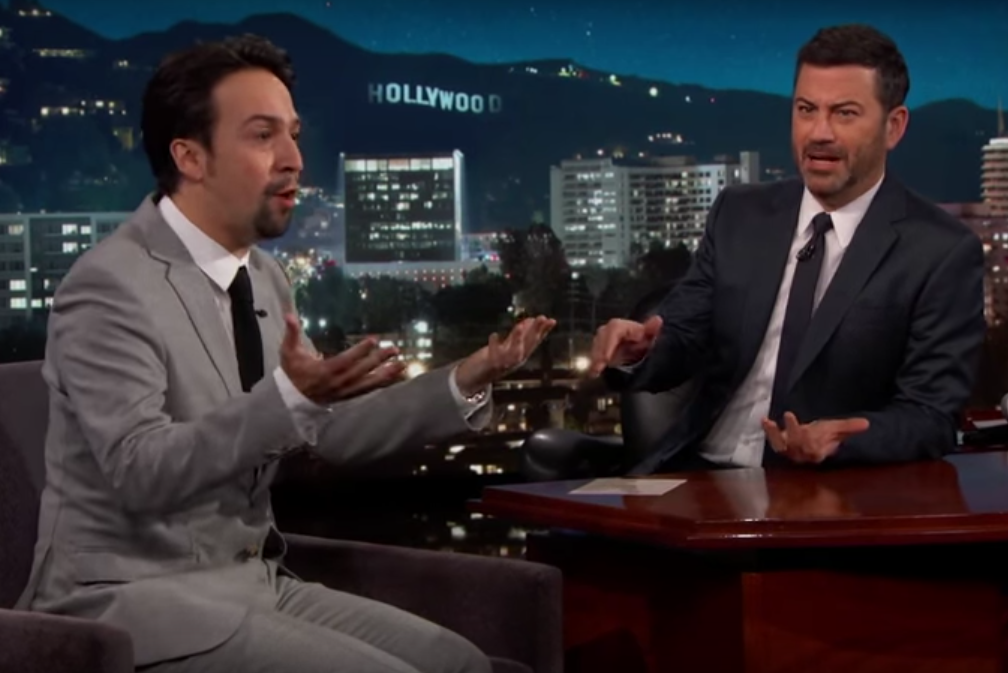 Hamilton creator Lin-Manuel Miranda was a guest on Friday night’s  Jimmy Kimmel Live, where conversation naturally turned to new president-elect Donald Trump. Miranda, he said, learned about “the new orange president” Wednesday morning from a newspaper in Mexico, where he was traveling on a press tour.

“The headline that came with my coffee in the morning was a picture of Donald hugging the flag, which is his thing,” Miranda said. “And the headline said, ‘A temblar!’ … It means, ‘Start Trembling.'” (“A temblar!” was the headline of Mexico City’s Excélsior.)

Miranda also revealed he learned his way around Los Angeles from playing Grand Theft Auto: San Andreas and that Vice President Joe Biden was the only Hamilton attendee with a Secret Service detail who waited in line for the lobby bathrooms. Watch his full interview with Kimmel below.