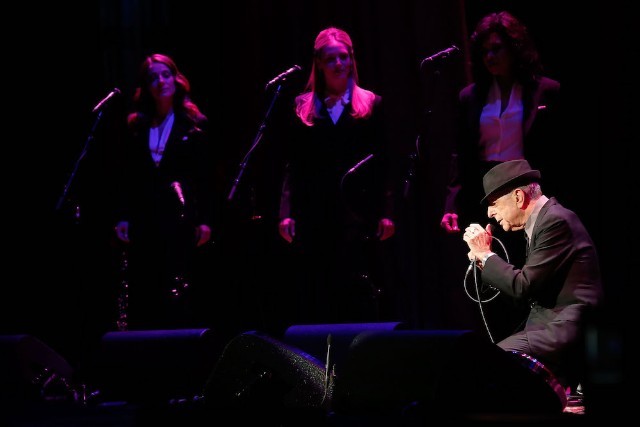 Update: A Sony Music spokesperson confirmed to Billboard that Cohen passed away on Monday. The New York Times obtained a statement from Montreal’s Congregation Shaar Hashomayim that confirmed Cohen was buried yesterday in a traditional Jewish rite next to his parents, grandparents, and great-grandparents. Read that statement below.

Legendary songwriter Leonard Cohen has died, according to a statement on his Facebook page. He was 82. No cause of death was announced.

Cohen was born in Westmount, Quebec on September 21, 1934. After receiving some critical acclaim as a working poet in the ’60s, he decided to pursue a career as a musician. The release of his debut album, 1967’s Songs of Leonard Cohen, was immediately heralded, as songs like “Suzanne” and “So Long, Marianne” became canonical.

Cohen continued to work as both a musician and as a poet through the decades. His music was featured in movies such as Night Magic, which he co-wrote, and Robert Altman’s McCabe & Mrs. Miller. His song, “Hallelujah,” was covered by hundreds of artists such as John Cale and Jeff Buckley. Between 2008 and 2013, he toured constantly.

Cohen’s passing comes just weeks after he released his critically acclaimed 14th album, You Want It Darker. It follows the death of Marianne Ihlen, widely credited as one of Cohen’s formative muses and the subject of “So Long, Marianne,” who passed away earlier this year.