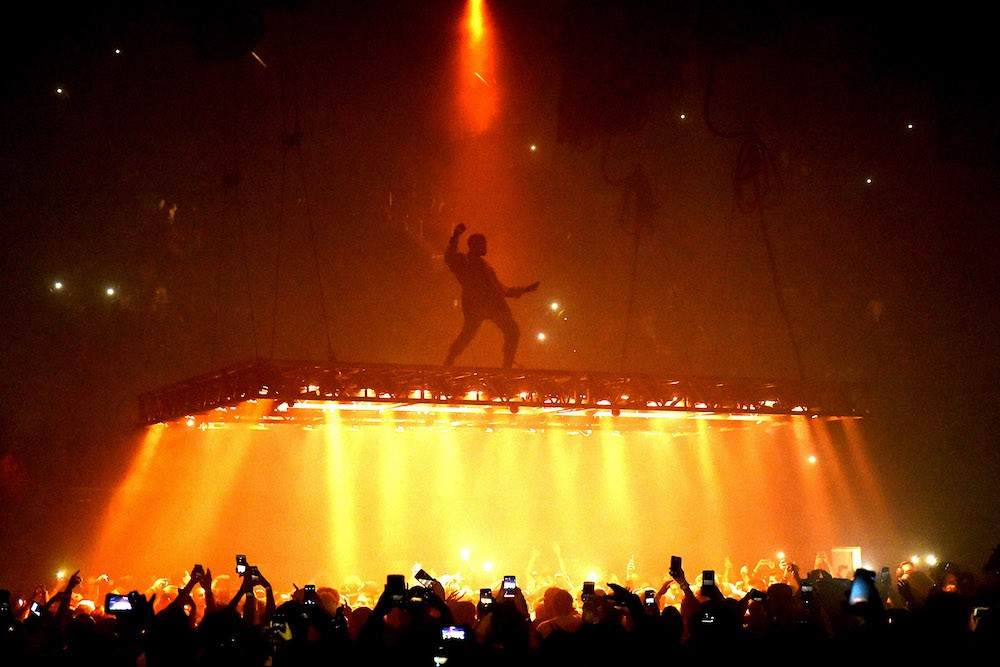 Kanye West ended the final show of his six-night run at the Los Angeles Forum early last night, telling fans that he was “too hoarse” to continue performing. Kanye stopped during the 2014 single “Only One,” which came about an hour into his set, Billboard reports.

In fan shot videos that were posted to Twitter, Kanye can be heard saying “Turn the lights on. I’ll get y’all a refund,” and “I’m very sorry. I love you. I promise to do better next time.”

Performing six nights in a row, especially as a solo performer on a moving stage, would be exhausting for anyone. Still, there was some unintentional comedy when Kanye called the show off. Because of the Saint Pablo Tour’s signature floating platform, he can’t just walk offstage–he has to stand there and do nothing while the stage slowly transports him to a safe departure point.

"Turn the lights up, shows over. I can't let ya'll have a show where I can't perform. I'm sorry." #SaintPabloTour pic.twitter.com/m0R0BpgsOz

The tour’s next stop is November 17, in San Jose.