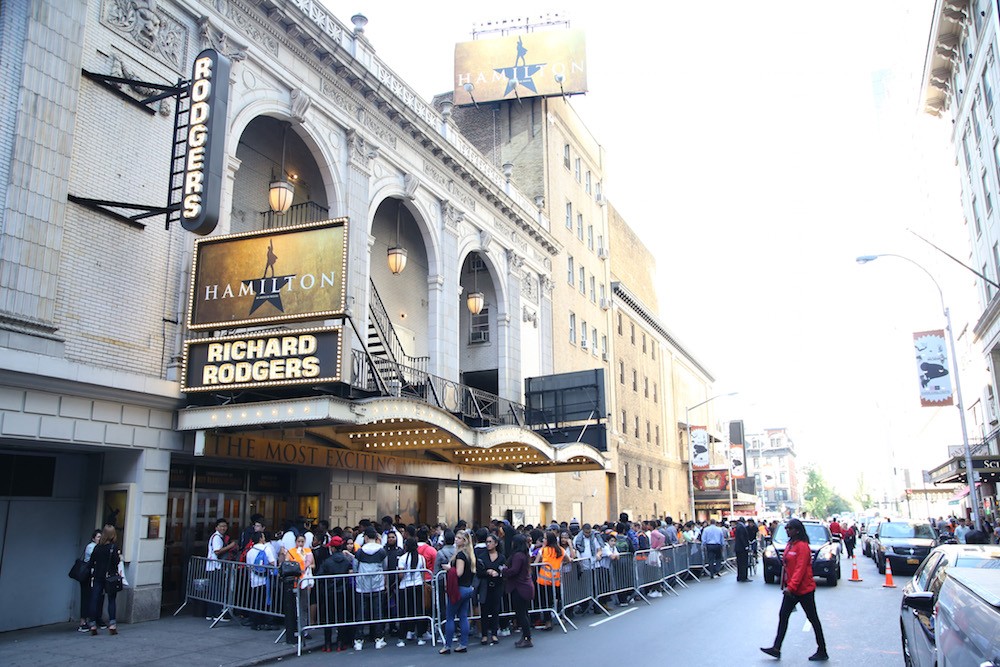 The week after President-elect Donald Trump repeatedly lashed out at the cast of Hamilton on Twitter, the smash musical set a new record for most money made in a week by a Broadway show.

The New York Times reports the play grossed $3.3 million in eight shows over Thanksgiving week, topping the $3.2 million Wicked grossed over a nine-performance week in 2013. Hamilton also set the record for the highest premium ticket price at $998 and the highest average ticket price at $303.

The record-setting week followed a surreal weekend during which Vice President-elect Mike Pence attended the play, where he was booed by the audience and then addressed post-show from the stage by actor Brandon V. Dixon.

“Vice-president elect Mike Pence, we welcome you and we truly thank you for joining us at Hamilton: An American Musical,” Dixon said. “We sir, we are the diverse America who are alarmed and anxious that your new administration will not protect us, our planet, our children, our parents, or defend us and uphold our alienable rights, sir.”

The reasonable message triggered a days-long Twitter tirade from Trump, who called it “harassment” that shouldn’t happen in the “safe place” of a theater. He also asked the cast to apologize, which they respectfully declined to do, and said he’d heard the show was “overrated.” Pence, for his part, was unbothered by the booing and Dixon’s statement, telling Fox News that it “was a real joy to be there” and that the play was “incredible.”