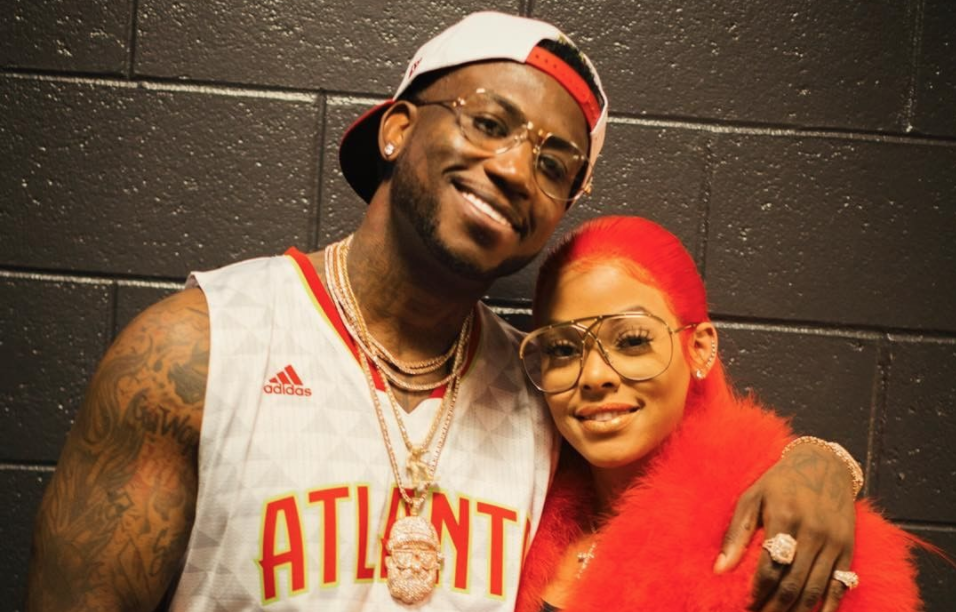 Deciding the exact moment to pull out a ring and propose, once and for all, has to be a difficult decision for anyone considering it. In Gucci Mane’s case, he seized the day at last night’s game between his beloved hometown NBA team, the Atlanta Hawks, and the New Orleans Pelicans. When the Kisscam lingered upon the ATL rapper and his girlfriend since 2010, Keyshia Ka’oir, Gucci decided to pop the question, or at least whip out the ring.

Since Gucci returned from prison back in May, Ka’oir has constantly been at his side, both in public appearances and on his Snapchat. Sitting courtside last night, Gucci paused a few seconds when he saw the cam on them, then stood and almost matter-of-factly thrust his arm out, holding a box with a blinding, heavy diamond.

The footage, by all indications, captures nothing but signs of joy and true love. The commentators jokingly congratulate “Mr. and Mrs. Mane” and we all cringe a little bit; ultimately, though, with the stadium blasting a trap beat and Ka’oir and Gucci beaming, it’s clear that the world became a better place last night.

Watch footage of the proposal below.

Championship rings aren’t the only thing we play for. Congrats Gucci on the engagement!💍#TrueToAtlanta #ThisIsWhyWePlay pic.twitter.com/KHNgGEDDGf

Gucci Mane just proposed to Keyshia Kior at his Hawks Game! She said YES 💍 during Kiss cam it was so cute! that ring is Bling BLAW

“Congratulations to the future Mr. and Mrs. Mane.”