Fuller House Is Back Because Nostalgia Is More Valuable Than Quality 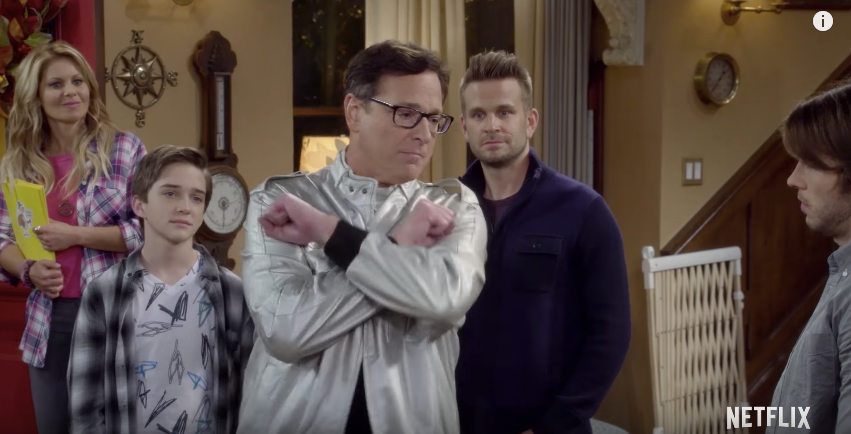 Did any of you watch Fuller House, the Netflix Full House revival? It was … not very good. Maybe if you were drunk, you could enjoy it as some kind of post-Buzzfeed content, made up of shameless appeals to nostalgia and unbearably corny one-liners. The show was terribly reviewed, because overbearing laugh tracks don’t play well in 2016. It was also Netflix’s most popular show ever, according to some reports, for the same reason Girls Meet World exploded on the Disney Channel: There’s nothing we love like the shit we used to love.

It’s not really surprising, then, that Fuller House is coming back for a second season. There’s a new trailer, which you can watch below. The formula is the same—drop-ins from the faces you know and love, lots of puns and ooey-gooey feels grabs. (No sign of the Olsen twins, unfortunately.) It doesn’t look any better than the first season, but there’s still that little thrill of watching Bob Saget and John Stamos yuk it up with the same inflections as they did 20 years ago. Doesn’t it give you a little tingle? Quality need not apply when nostalgia is in the house; Fuller House will scrape the bottom of the Metacritic barrel, and its millions of fans will not care.