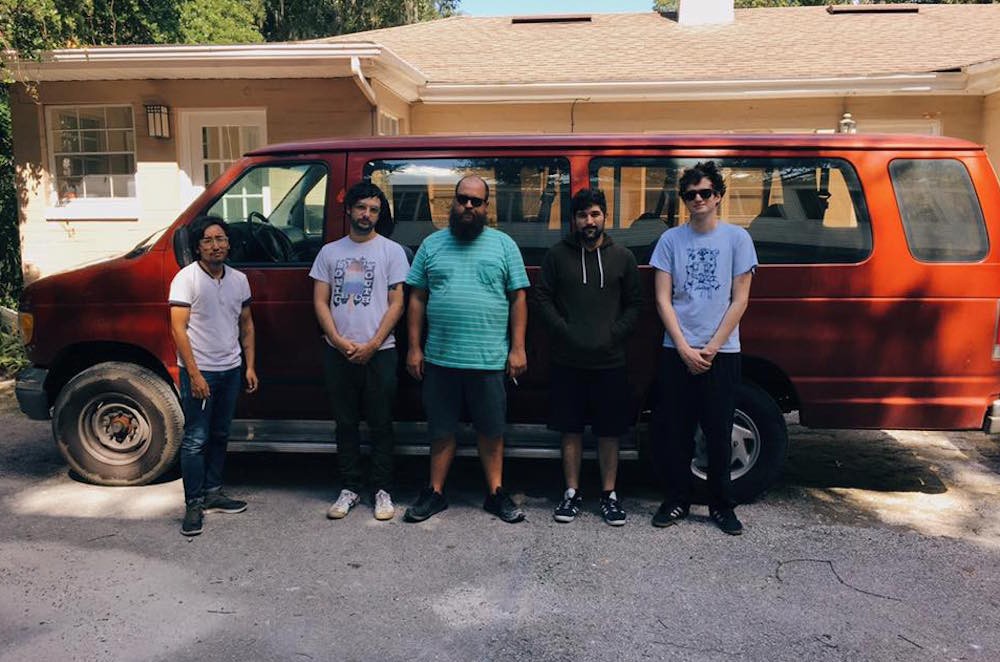 Last night, the tour van of Missouri band Foxing was crushed by an out-of-control truck following a landslide on a two-lane road in California. Several bandmembers were injured, and one person was taken to the hospital. The injuries were all apparently minor, though, and the band expressed gratitude for surviving the harrowing accident in a Facebook post.

“The van we were in may be totaled, we don’t really know,” they wrote. “We do know that it won’t be finishing out the tour with us. It’s weird even talking about the van right now–on one hand it’s another financial hit on this tour, but all in reality, when the entire inside of your vehicle is being illuminated from headlights barreling towards you, the van or the money cease to exist.”

The band thanked members of the Pennsylvania group Balance and Composure for picking them up from the hospital and taking them to Portland, where they’re scheduled to play a show tonight at the Hawthorne Theater.

“We’re trying to persevere,” they wrote. “We know there are people who have purchased tickets and want to see us play; all I can say is that we’re trying and thank you for your understanding. We’re attempting to make it to the Portland show tonight; we’ll let you know if anything changes.”