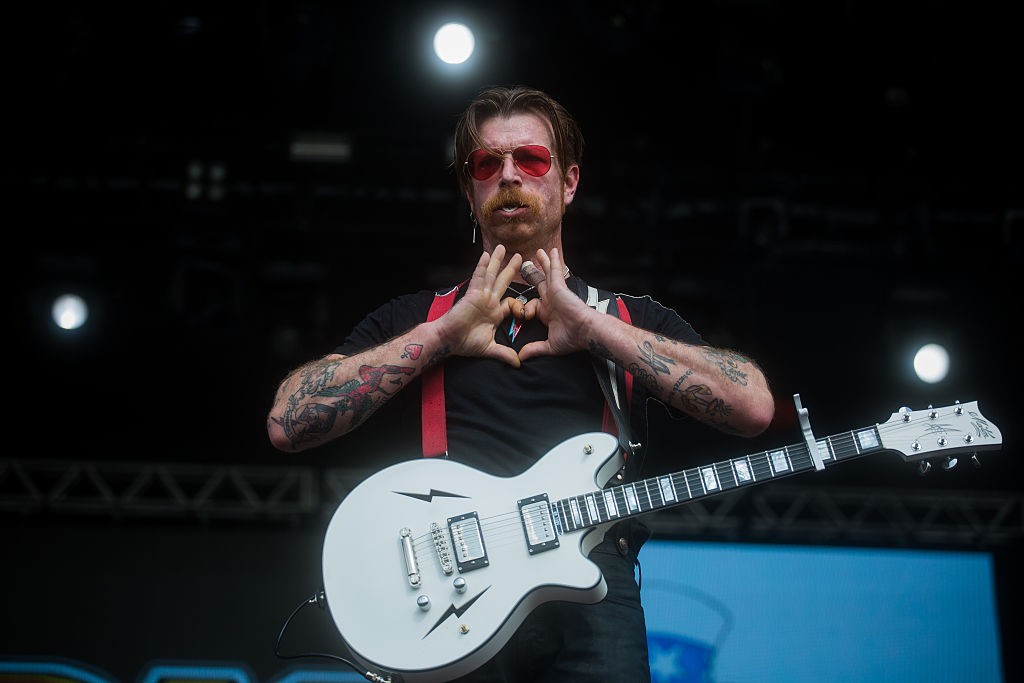 Eagles of Death Metal have announced a documentary film about the deadly terror attacks that took place during their performance at the Bataclan in Paris on November 13, 2015. Eagles of Death Metal: Nos Amis (Our Friends) covers events before and after the attack, Jesse Hughes and Josh Homme’s relationship as bandmates, and their return to Paris to perform a concert for survivors this February. The film is directed by Colin Hanks (son of Tom Hanks), who directed last year’s All Things Must Pass: The Rise and Fall of Tower Records.

Earlier this year, Hughes came under fire for comments that seemed to implicate Bataclan security in the attacks. He later apologized for his remarks. “We don’t walk around” the controversy in the film, Hanks told Deadline.

Eagles of Death Metal: Nos Amis (Our Friends) is set to air on HBO in February 2017, with a possible theatrical release TBA.