Drake Had a Bad Night at Yesterday’s Raptors Game 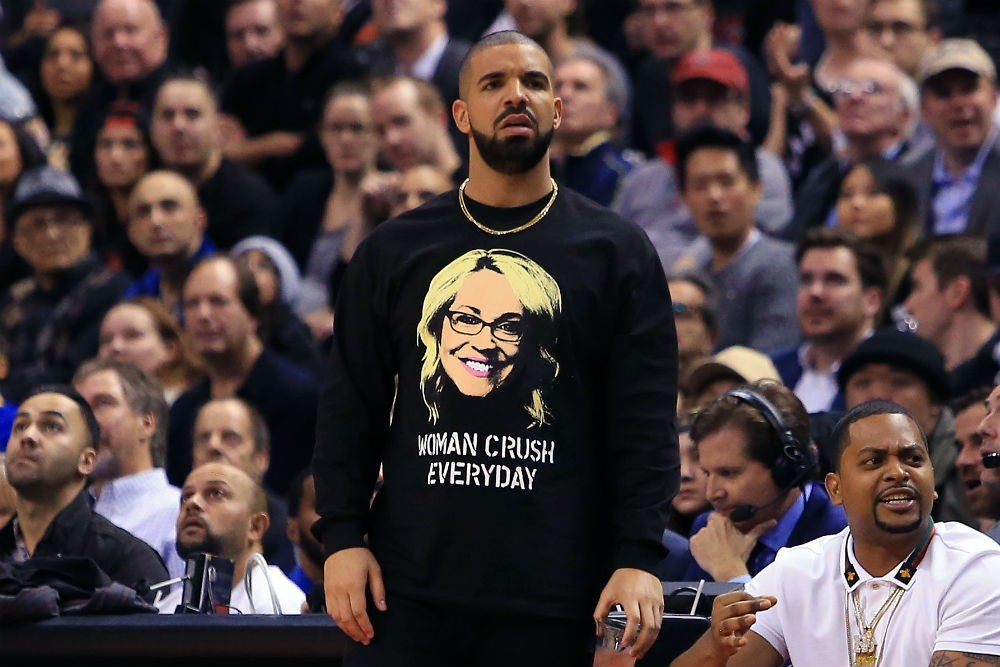 Wednesday night was Drake Night at the Toronto Raptors’ Air Canada Centre, which means it was a night filled with public defeat and tone-deaf romantic advances.

The “Fake Love” peddler—who is also the Raptors’ “global ambassador”—watched courtside as his team lost to the Golden State Warriors, 127-121. But that wasn’t the only L Toronto took: During a post-game interview, the Warriors’ Kevin Durant threw Drizzy a death-stare for bumping into him (Drake was tossing looks at the Warriors’ bench as the game was going on), before telling the interviewer, “I don’t give a damn about no Drake night.” So much for Drake and KD relating over getting the same attention.

Kevin Durant looked like he was about to kill Drake here.

Worse though, was Drake’s on-camera chat about ESPN’s Doris Burke. (To be clear: Not with Doris Burke—about Doris Burke.) Aubrey was wearing a shirt that featured Burke’s face on it, which, fine, that’s the sort of corny, dad-like move you’d expect from this dude. (Never forget the lint roller.) But then, during a televised sideline chat with the sports network, Drake described Burke as “a stunning woman” who’s welcome to “dinner at my house, any time, as long as she comes alone, you know?” Then he capped it off by saying that if he were Burke, he’d end the segment by saying, “And I love Drake so much and he looks so handsome tonight.”

Burke didn’t seem bothered by the bit, tweeting last night that “dinner is on,” but c’mon, guy. You already put Views out this year and poked fun at someone for struggling with mental health issues—please don’t make it any more difficult for fans to defend you.