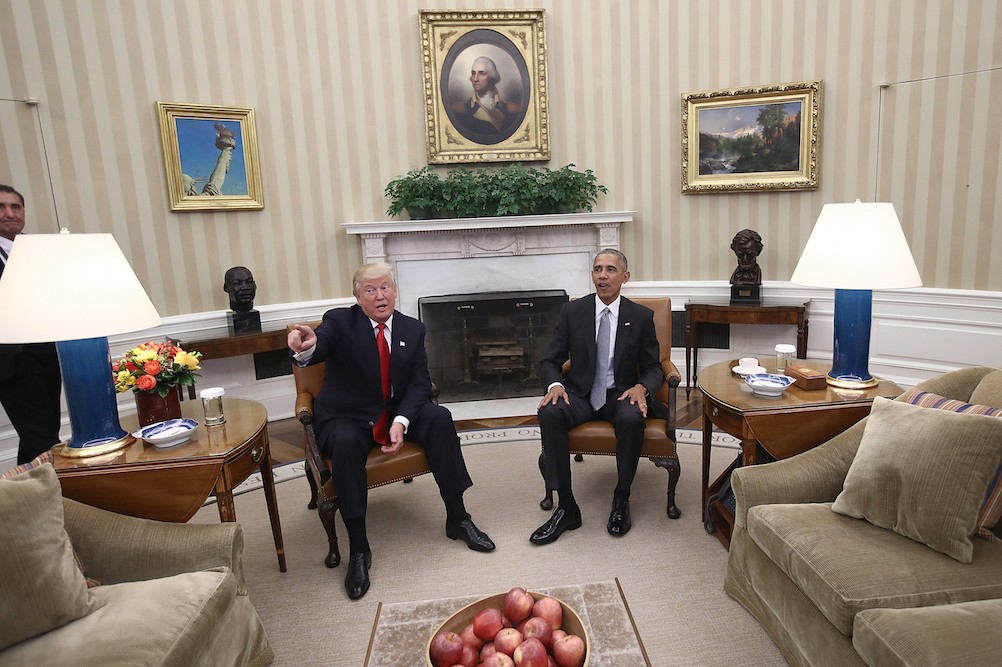 For a preview of how Donald Trump might handle the press as president, look to his meeting with Barack Obama at the White House this morning. Presidents and presidents-elect are traditionally followed by a “pool” of the reporters who cover them. But when Trump traveled to Washington from his home in New York today, he didn’t allow his press pool to tag along.

At face value, this isn’t a huge deal: the reporters who cover Obama were at the meeting—Trump is powerless to stop them, for now—so the news still got out to the American people. Trump called his audience with the president “a great honor,” CNN reported, and Obama said he had “renewed confidence” in the president-elect’s commitment to a smooth transition.

Taken in context, however, Trump’s decision is highly distressing. His campaign was openly hostile to the press. He accused reporters of conspiring to elect Hillary Clinton, and declined to observe the tradition of allowing reporters onto his bus and plane as he cris-crossed the country to rallies and other events. As the Associated Press notes, his bucking of reporters today was one of his first public decisions since the election.

The integrity of the presidency, of any governmental body, depends on the journalists who cover it—whether they are breaking Watergate-style scandals or simply relaying the minutiae of the day. If Trump does not allow reporters the same access to his office that generations of presidents have offered before him, the results could be disastrous.