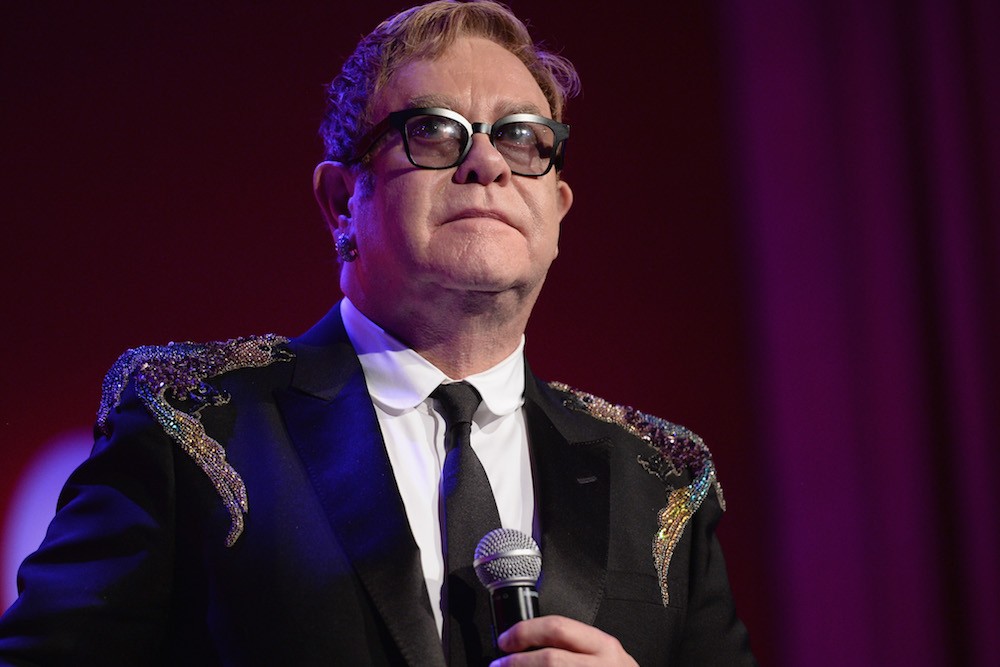 In an interview with BBC’s HARDtalk, Donald Trump adviser Anthony Scaramucci said that Elton John would perform at the president-elect’s inauguration, to show the team’s support for LGBTQ rights. “This will be  the first American president in U.S. history that enters the White House with a pro-gay rights stance,” Scaramucci said, disregarding the fact that all U.S. presidents are American. “Elton John is going to be doing a concert on the Mall for the inauguration.”

That turned out to be the latest untruth from the Trump campaign. Elton John’s representatives confirmed to Pitchfork that the legend wouldn’t be making an appearance. Back in March, John performed at the “I’m With Her Concert” for Hillary Clinton. He also appeared on A Tribe Called Quest’s political comeback album, We Got It from Here… Thank You 4 Your Service, which would confuse Trump’s brain like a dog trying to do math.

Thus far,confirming inauguration performers has been a bit of a mess. Mötley Crüe’s Vince Neil said he was going to perform, raising eyebrows because of his history with domestic violence (and because he’s Vince Neil). He’s since claimed he’s been “uninvited.”