Rae Sremmurd’s “Black Beatles” Is Now the Country’s No. 1 Song, Ending the Chainsmokers’ Reign of Terror 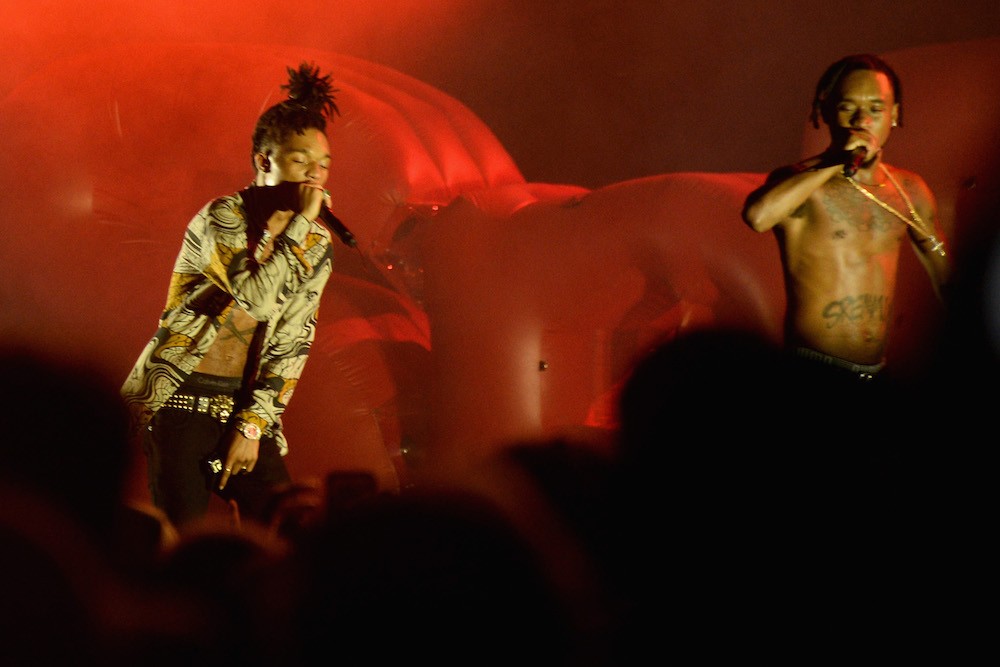 After being pushed as a single in September, Rae Sremmurd’s “Black Beatles,” aka 2016’s “Running Up That Hill,” has steadily climbed the charts. Recently, it’s gotten a huge boost thanks to the #MannequinChallenge, a trend significant enough for White Beatle Paul McCartney to partake in.

Meanwhile, The Chainsmokers’ Halsey-featuring piece of ephemera “Closer” has ruled the Hot 100 for a solid 12 weeks, putting it within striking distance of Mariah Carey and Boyz II Men’s “One Sweet Day” record for most consecutive weeks on top (16 weeks). That will not happen, however, because that streak ended right fucking today. “Black Beatles” is now the No. 1 song in the country. The sun will rise at least seven more times with “Black Beatles” being the No. 1 song in the country.

This is Rae Sremmurd and guest rapper Gucci Mane’s first No. 1 song. Nielsen reports a 320 percent spike in downloads over the last week, and Billboard notes that “Black Beatles” is the most-streamed song of the week. Give it another stream below.