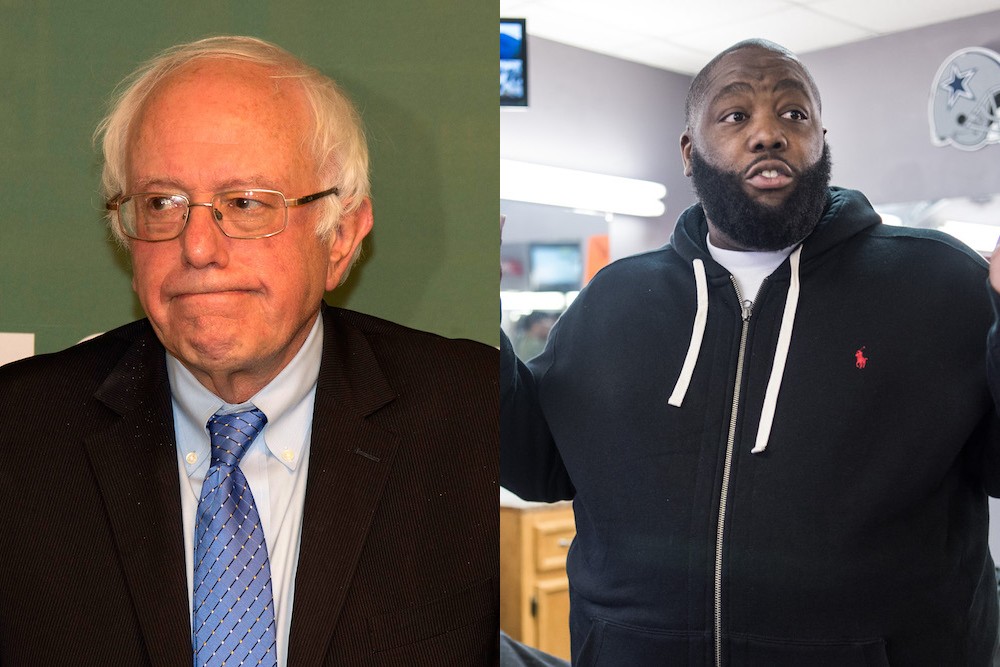 Post-Trump, Bernie Sanders’ failed presidential bid has been one of the many What could’ve been thoughts in the liberal stage of mourning. In a new interview with GQ, the Vermont senator spoke candidly in breaking down the election. When asked if there was any silver lining in Donald Trump’s win, Sanders plainly said, “No, I would not say that there’s any silver lining in Trump’s victory.”

But at the end of the piece, he provided a little lightness by recalling the time Killer Mike became a visible campaign surrogate during the primaries. As Bernie puts it, he was happy to find out that regardless of Mike’s name, the rapper had not actually caught a body.

But you did a good job finding unlikely interlocutors, like the Atlanta rapper Killer Mike, who became an outspoken supporter.
Killer Mike is a serious guy.

Exactly. Your web-video interview with him was fascinating.
It turns out that Killer Mike is an extremely bright guy.

I assume somebody had to explain to you who Killer Mike was.
Yes, they did. The name got me a little bit nervous. But Killer Mike has never killed anybody. It’s just, he’s a killer rapper.

Of course, Killer Mike is only a rapper with a gift for passionate elocution when speaking on social issues. He’s also a good guy—at least good enough to explain why he’d rather go by Killer Mike than his birth name, Michael Render.

Be cuz I Kill Microphones & My Name Is Michael RT @KevinRoberts99: @SarahKSilverman @EmmaSegasture why does he call himself killer Mike?