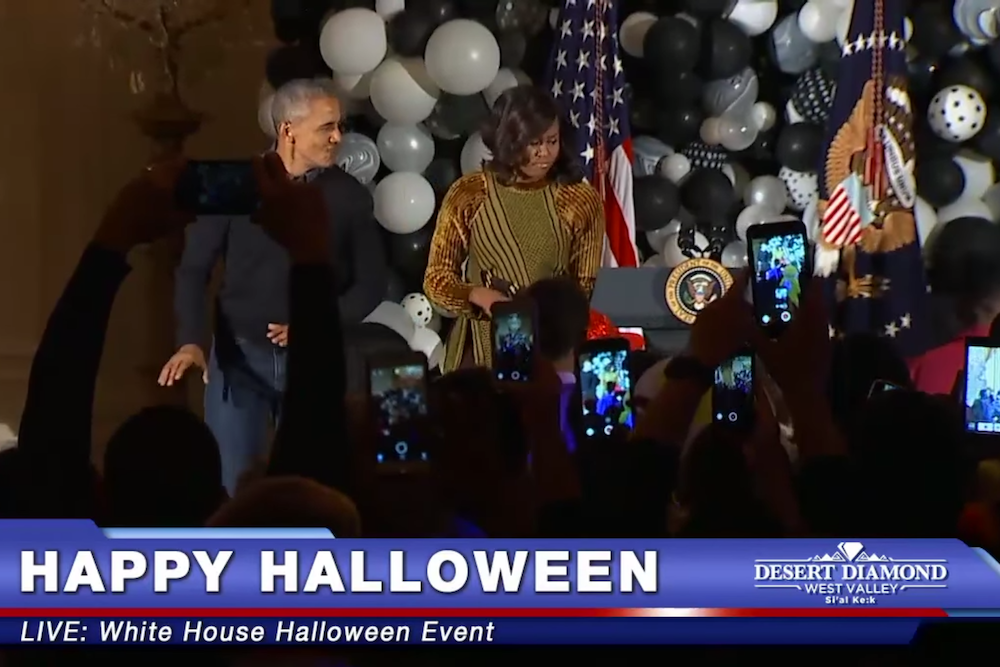 I’m definitely of the opinion the Barack Obama should be eligible for a third term: The mandate that a president can only serve two four-year terms is a constitutional amendment, and the United States Constitution wasn’t made with black people in mind. Alas, No. 44 has just a little more than two months left in office. On the plus side, that means he gets to throw aside diplomatic cool for moments like the one you see below. That’s Barack and Michelle trying to do the famous “Thriller” dance for the White House Halloween party.

He doesn’t quite nail it, and that smirk says he knows it. Obama is self-aware enough to know that he’s a presidential man, not a dancing man.