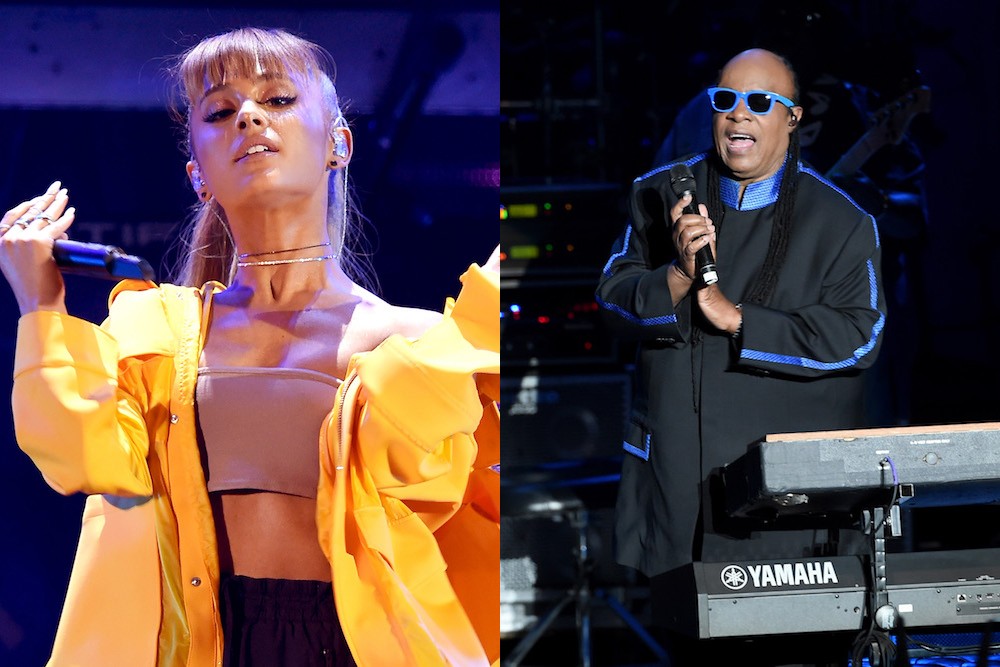 Ariana Grande and Stevie Wonder’s collaboration, “Faith,” has dropped almost two months after she teased it. The church-inspired duet is their contribution to the upcoming animated film Sing, which is set to hit theaters on December 21.

The song caps what’s been a busy year for the two. Last spring, Grande dropped her Dangerous Woman LP and is getting ready to embark on a tour next year. Wonder hasn’t dropped an album, but he appears on Common’s “Black America Again,” and has been vocal in his support for Hillary Clinton. Listen to “Faith” below.