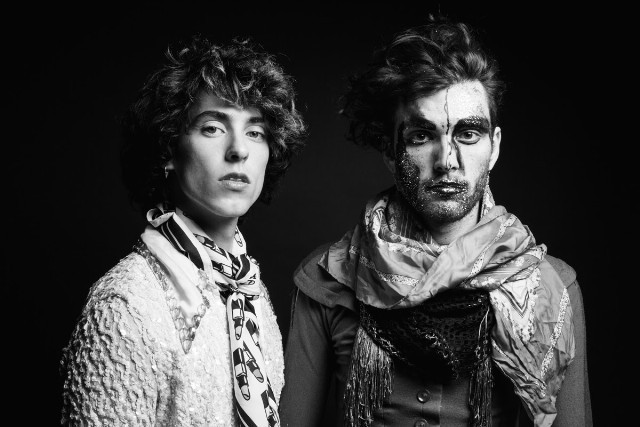 this is happening at the show tn. I am completely unafraid; I am sad for them. pic.twitter.com/dQhjsxxmP8

When the hate group outside our show stood by the window, as blocked them out. Thank you, MS https://t.co/HNkc8nruxP

The band described the experience in a statement to SPIN:

We played at Big Sleepys in Jackson, Mississippi, which is an all ages DIY space. As I was eating dinner in the van, I saw four men with giant signs walking up to our show. They posted up outside and proceeded to yell homophobic stuff at the crowd the entire night. We moved the entrance to the show to the back of the venue and blocked off the windows at the front. It was a freaky ass night, but the local police helped us keep things safe.

In addition, PWR BTTM’s Ben Hopkins said, the picketers were wearing Go Pro-style portable cameras. “They were like baiting us to hit them, they wanted to be able to sue us,” Hopkins wrote via Twitter message. “Like they’re not Christians, they’re crooks. I grew up with so many amazing kind Christian folks, and it’s important not to even give these men the dignity of that title. They’re fucking con artists in tacky outfits.”

“We haven’t ever received threats, but I have a feeling this isn’t the last time this will happen,” Hopkins continued. “It won’t deter us, nothing will.”