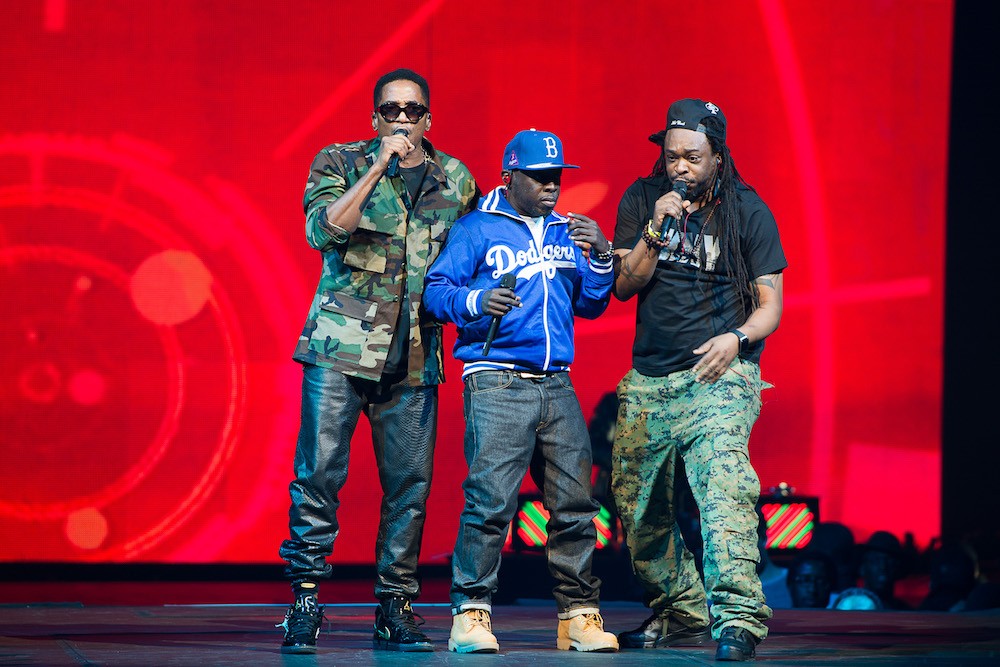 Last week, Q-Tip announced that A Tribe Called Quest will release their first album since 1998’s The Love Movement on November 11. A new New York Times profile has detailed the album, which is titled We Got It From Here, Thank You for Your Service. It’ll feature appearances from all four members of ATCQ (including Jarobi) plus André 3000, Kendrick Lamar, Elton John, Jack White, and the previously announced Busta Rhymes.

Q-Tip said in the Facebook announcement post that the new album started coming together after their 2015 performance on The Tonight Show. Phife Dawg’s verses were recorded before his passing from diabetes-related complications last March. Although his verses were unfinished, Tip said that he left a “blueprint of what we had to do.” Previously, André 3000 said OutKast and ATCQ had talked about recording new material material together, during his speech at Phife’s memorial in April.

Read our remembrance of Phife.