Watch the Intense New Trailer for Star Wars: Rogue One 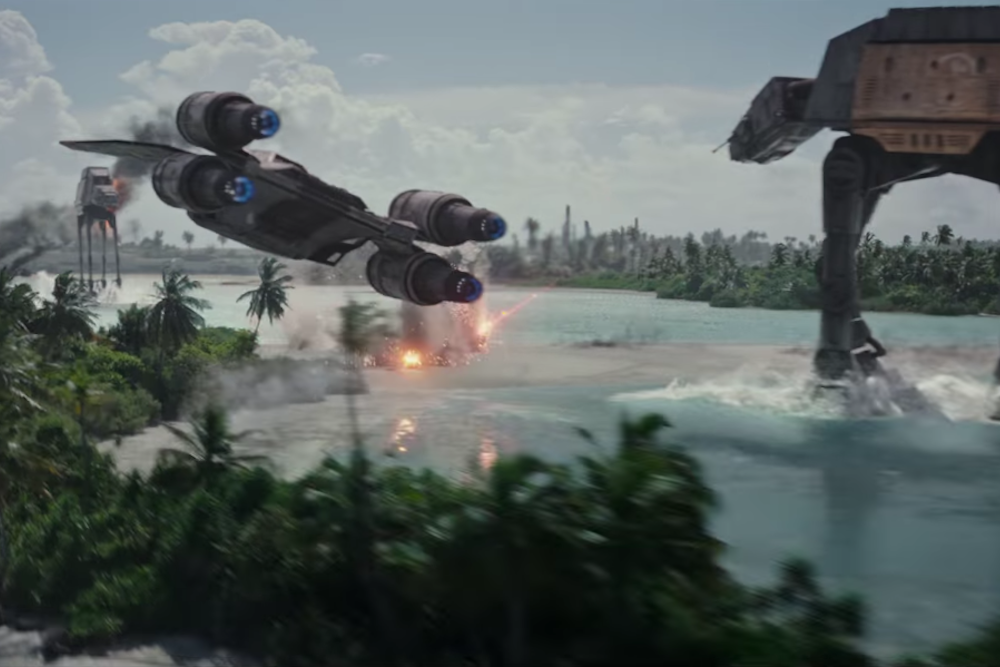 Rogue One: A Star Wars Story hits theaters in December. Today, you can watch the second trailer, featuring enough inspirational one-liners and beautiful battle sequences to keep fans satiated until then.

At the beginning of the trailer, Jyn Erso (played by Felicity Jones) learns that her father has been recruited by the Galactic Empire to develop a “superweapon”–which anyone not born under a rock will recognize as the Death Star when it appears looming over the clouds in the next shot. From there, it’s all blasters, X-Wings, and explosions, with a quick peek at Darth Vader thrown in. Watch it below.