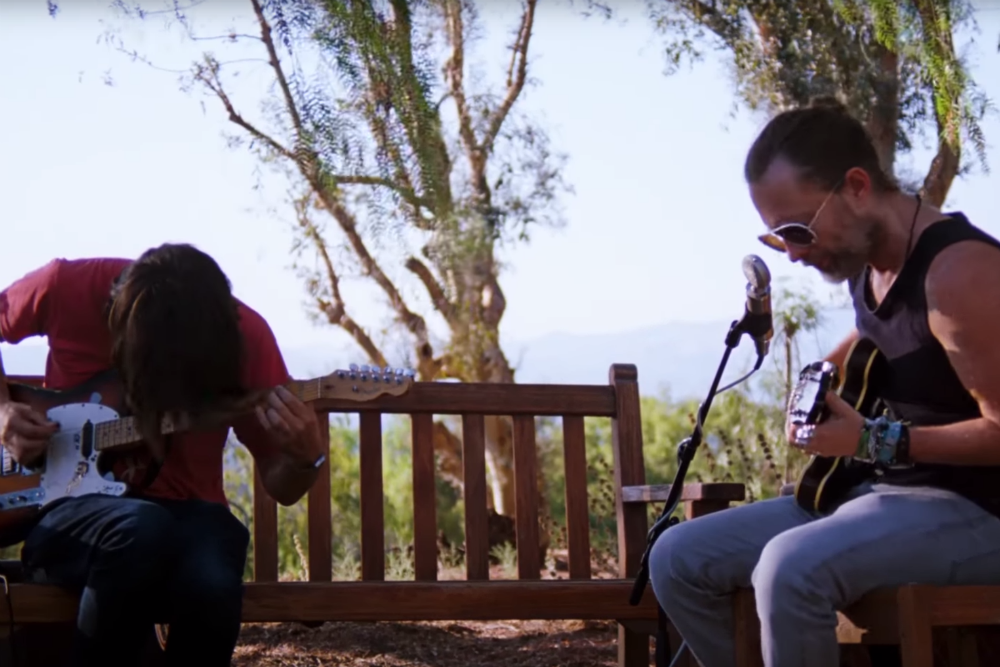 Radiohead have shared a new music video for “The Numbers,” from the band’s latest album, A Moon Shaped Pool. Befitting the record’s tender mood, the new clip simply captures a bare-bones performance featuring frontman Thom Yorke, guitarist Jonny Greenwood, and a drum machine, much like Radiohead’s previous music video, for “Present Tense.”  The new short was directed by none other than Hollywood auteur Paul Thomas Anderson, who also helmed the “Present Tense” video, along with the visual for “Daydreaming.” Watch “The Numbers” below.