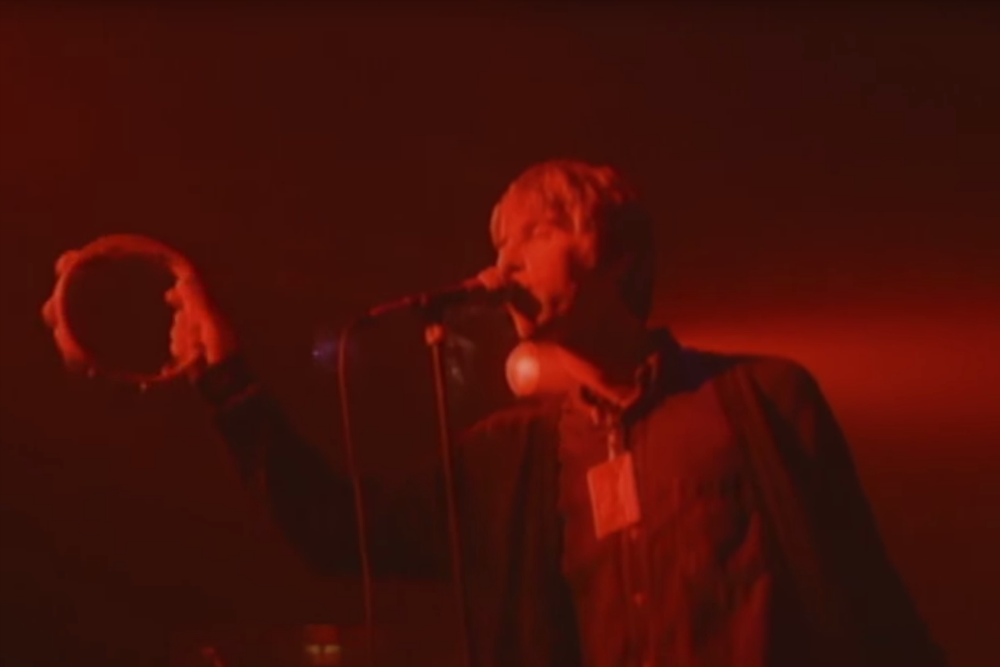 Oasis’s best years are the focus of a new documentary called Supersonic, which will screen in U.S. theaters for just one night, on October 26. The film, directed by Mat Whitecross and executive produced by Amy director Asif Kapadia, follows the brothers Gallagher and their mates as they make the leap from a little-known act playing club gigs to their generation’s defining U.K. band. We’ve seen a trailer for the doc, as well as a clip, and now there’s another bit of footage: a segment that catches lead singer Liam Gallagher threatening to slap an audience member who threw a bottle at the band during one of their early performances.

The sneak peek opens with Liam and older brother Noel denying that they’re troublemakers to an interviewer, then cuts to the concert in question. Liam calls the disruptive fan a “fucking coconut stall” for some reason, and then we get voiceover from Noel, who remembers, “We were getting a reputation as these bad boys of rock’n’roll—that’s all fucking great, but can we talk about the music first?” Watch the clip below, and devoted fans should also prep themselves for the fast-approaching reissue of Oasis’s legendarily overblown third album, Be Here Now. The hollow 1997 epic is getting re-released as a triple-disc set (because apparently the 71-minute version wasn’t long enough) on October 14.