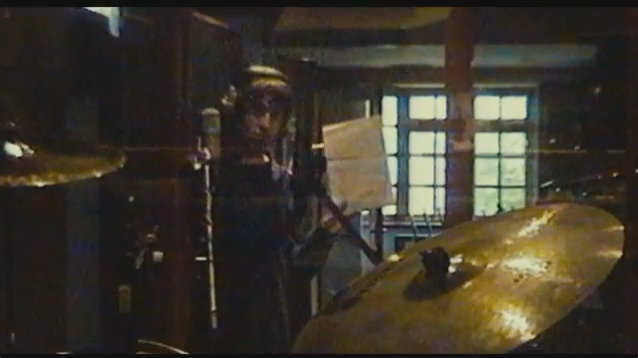 In anticipation of Oasis’s upcoming documentary, Supersonic, the film’s promoters have been sharing a slew of behind-the-scenes footage of the band in their prime years. Previously, we saw a clip of Liam and Noel Gallagher discussing sibling rivalry, another of Liam threatening to smack an audience member who threw a bottle at them during a concert, and footage of the band rehearsing a Be Here Now cut.. A new, grainy clip shows the band actually in the studio. Liam walks into the recording booth and casually nails the vocals for “Champagne Supernova” in one take.

Supersonic, will screen in US theaters for one night only on October 26. Watch the clip below and maybe check out the trailer. [Stereogum]