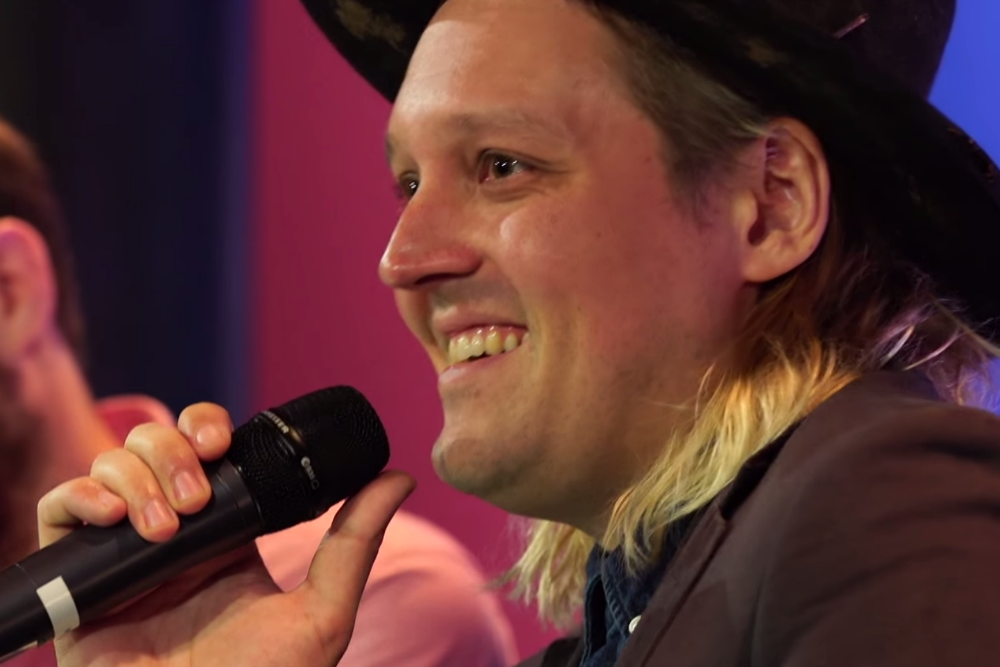 Red Bull Music Academy is currently holding court in Montreal throughout the bulk of October and, as part of the festivities, RBMA recently hosted a talk with Arcade Fire frontman Win Butler. Over the course of a nearly two-hour conversation, the 36-year-old singer-guitarist discussed a variety of topics. Among them: meeting his wife and bandmate, Régine Chassagne (“By complete chance I saw her singing jazz at an art opening at Concordia and she was just the real deal”); the presidential election (“Donald Trump is a complete fuckin’ nightmare and a clown and a joke. It really is an extremely important election. You don’t have to hang out with Hillary, but Jesus Christ, vote for Hillary Clinton”); and the band’s friendship with David Bowie (“Talk about meeting your heroes, just such a deep, deep source of inspiration on so many levels”).

Butler also dodged questions about Arcade Fire’s forthcoming fifth album. When asked about the followup to 2013’s divisive Reflektor, he offered no meaningful update and simply joked that they put out a new record last year under a different name but no one cared. Watch the entire conversation below.