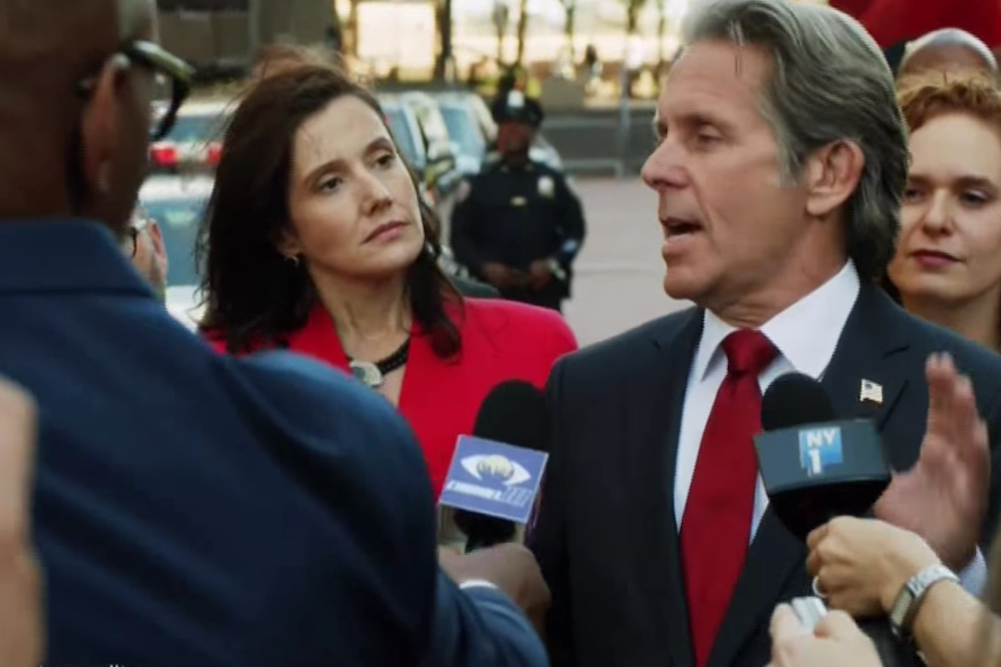 Gary Cole plays a millionaire politician who is besieged by sexual assault allegations on an upcoming episode of Law & Order: SVU. Sound familiar?

SVU showrunner Rick Eid told The Hollywood Reporter last month that the show “may try to explore a story involving some sort of brash demagogue with political ambitions,” and it seems that this is that story. This week, following the release of a recording of Donald Trump discussing kissing women without consent and grabbing them “by the pussy” in 2005, several women have come forward and alleged that the candidate assaulted them in the past. All of this is bad news for the Trump campaign, of course, and it’s also basically free SVU promotion for NBC.

Speaking of NBC: as star of The Apprentice, Trump was on the network’s payroll for 11 years. Rachel Crooks, the woman who alleges that Trump forcibly kissed her in a Trump Tower elevator, and Natasha Stoynoff, the People writer who alleges that he did the same to her at his Mar-A-Lago resort, both allege that their assaults happened in 2005, a year after The Apprentice began. The “pussy” tape was also recorded in 2005. If the allegations are true, Trump is a serial abuser, and his abuse didn’t stop when his big TV show began. Will the SVU episode contain any meta-critique of its own network for employing him? Probably not. But you can tune in on October 26 and find out, and watch the teaser clip below.