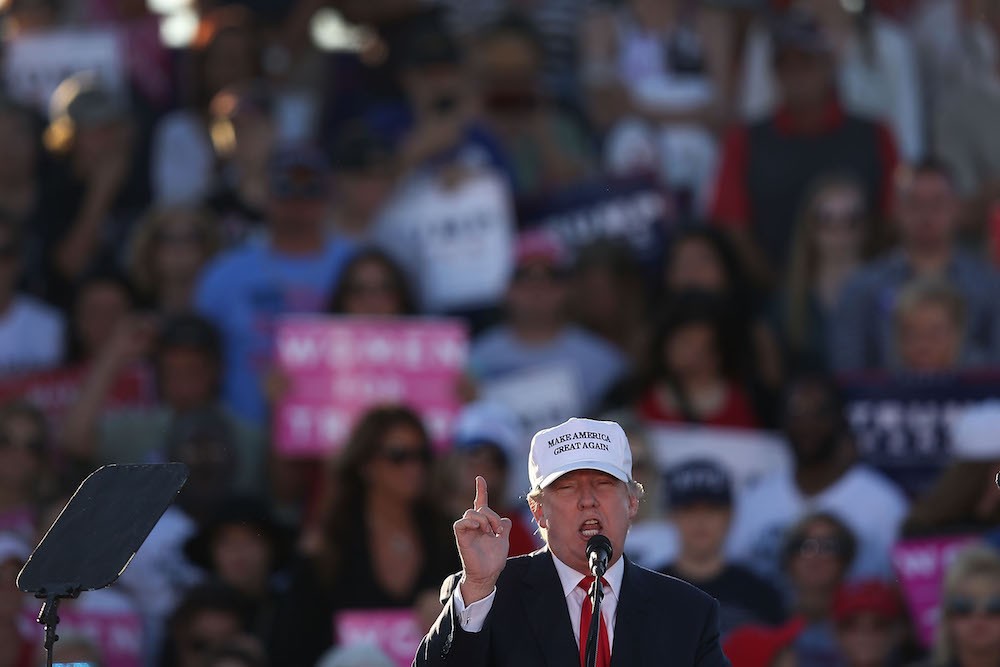 It’s a big day for Donald Trump, who just scored his first presidential endorsement from a major newspaper–a paper that just so happens to have recently become a shadow of its former self, thanks to an aging and intensely opinionated conservative billionaire who who took control of it late last year. The Las Vegas Review-Journal looks a lot like America might if Donald Trump were to become president, in other words, and it is welcoming him with open arms.

“[Clinton will] cuddle up to the ways and perks of Washington like she would to a cozy old blanket,” reads the Review-Journal’s Trump endorsement, which was published over the weekend. “Mr. Trump instead brings a corporate sensibility and a steadfast determination to an ossified Beltway culture.”

In December, the casino magnate and Republican donor-king Sheldon Adelson brought his corporate sensibility and steadfast determination to the ossified journalistic culture of the Review-Journal, which he purchased for $140 million. Adelson went to bizarre lengths to keep his purchase anonymous, and it was only after Review-Journal investigative journalists reported the story out that anyone in the newsroom even knew who their new boss was.

Things have not looked so good at the Review-Journal since then. A slew of veteran reporters and editors left the paper, with some claiming that the new ownership and management was steering coverage to suit its own political interests–the sort of thing that might include, oh, I don’t know, running an endorsement of Donald Trump. Longtime columnist John L. Smith resigned after a newly installed editor forbade him from writing about Adelson, who in addition to owning the paper is one of the most important business and political figures in Nevada, and one of the biggest Republican Party power brokers in the country–the kind of guy whose comings and goings clearly merit newspaper coverage. After features editor Stephanie Grimes was fired in May, she wrote that “It’s safe to say they’re weeding out people who publicly oppose the bad ethics and journalistic malpractice that’s been going on at the RJ.”

Corruption, malpractice, discontent–all because some guy with more money than he knew what to do with decided he was the right man to steer the ship. A preview of Trump’s America? If Sheldon Adelson gets his way, we’ll find out next year.