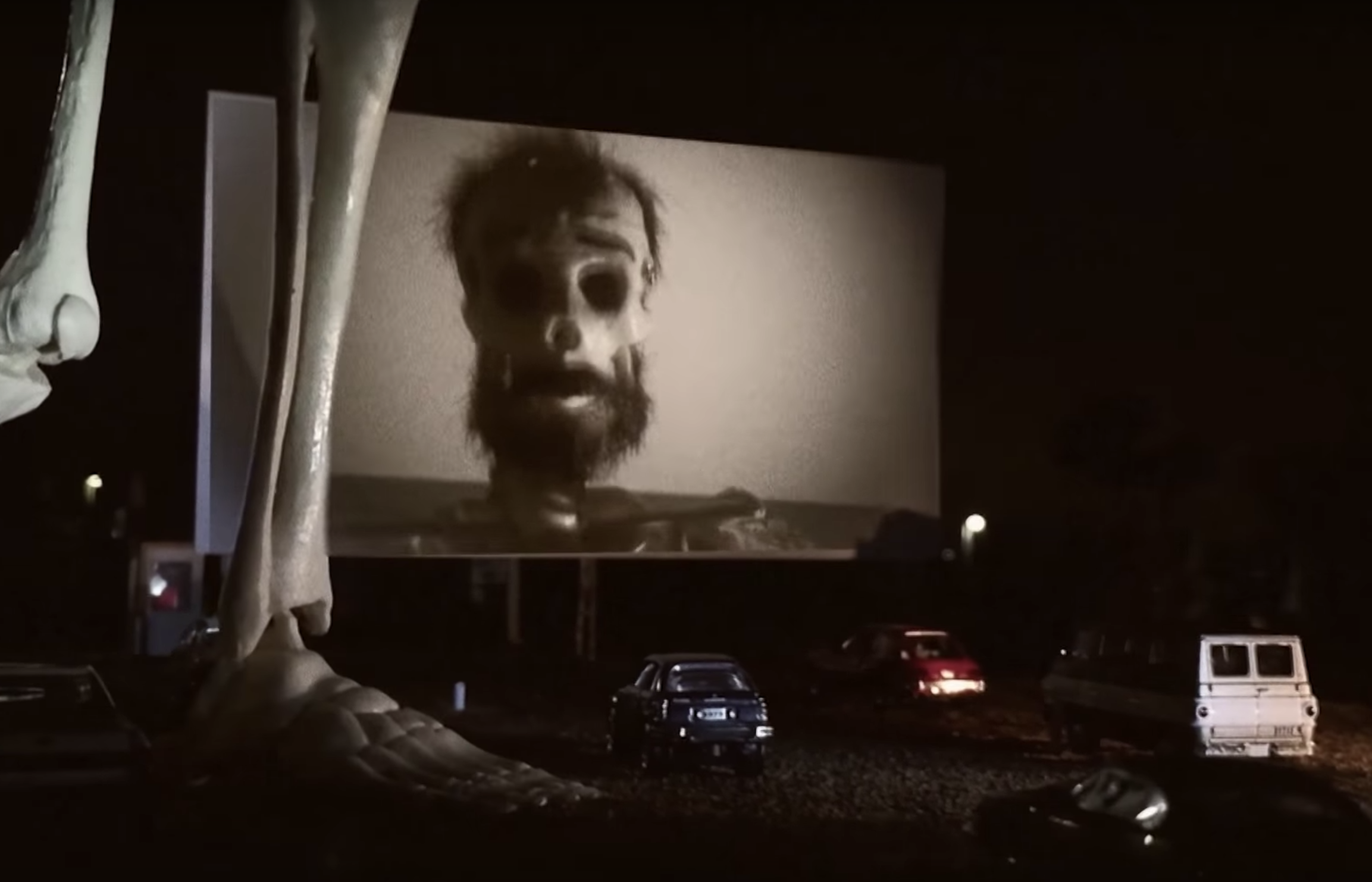 Following up on the cryptic public-access-type teaser they tweeted yesterday, The Shins have released a new single and video, “Dead Alive.” On Twitter, the band called the video “a Halloween gift while you wait for the album,” which Mercer claimed this summer would be due out early next year.

The song is hazy, full of psychedelic waves of synths, and the expected strumming guitar; the melody is typical, lyrical James Mercer. The chaotic video is full of stop-motion effects, inverted colors, and green screen, featuring Mercer transforming into a skeleton and a giant, respectively. A TV scoots around town on its own accord, resembling the milk carton in Blur’s “Coffee and TV” video. Happy Halloween from The Shins.