The Donald Trump News Network Might Be Inching Closer to Reality 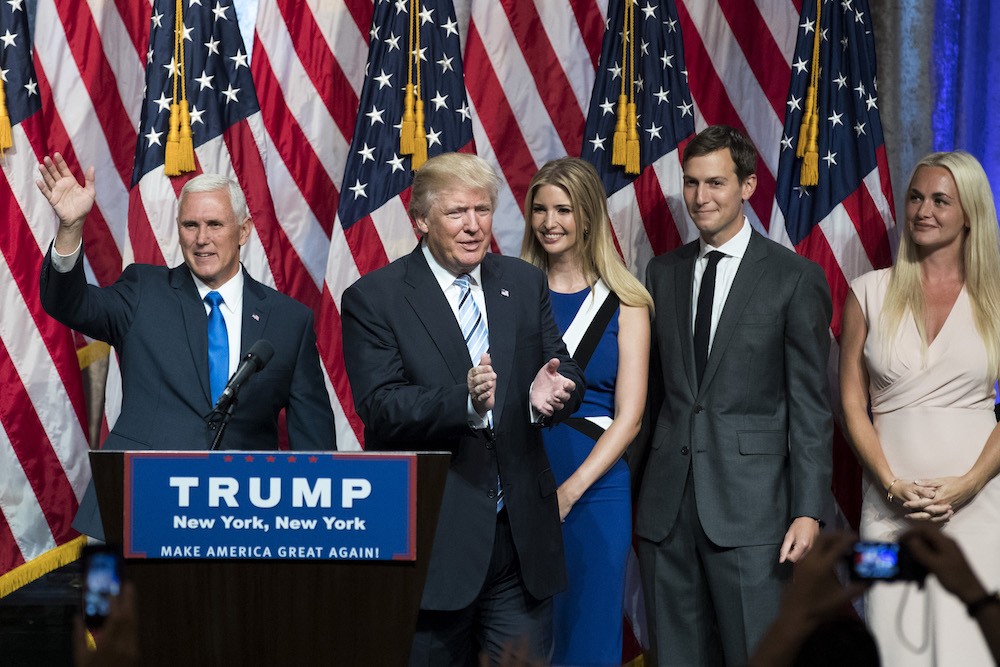 It’s long been theorized among media types that Donald Trump’s election backup plan might be to start his own news network. Now, Financial Times is reporting that Trump’s son-in-law Jared Kushner recently met with an investment banker who specializes in billion-dollar cable-industry transactions.

The FT article is paywalled, but you can take a look at a summary via Politico here. The gist of the story is that Kushner reportedly took a brief meeting with Aryeh Bourkoff, founder of an investment bank called LionTree, sometime in the last several months. Bourkoff, FT notes, is a trusted advisor to cable industry mogul John Malone, and assisted with a Malone-affiliated company’s $78 billion takeover of Time Warner Cable earlier this year.

Taken at face value, this isn’t earth-shattering news. Kushner, a real estate scion who is married to Ivanka Trump, has taken his own interest in the media business, and is the principal owner of the New York Observer weekly newspaper. Rich people like Kushner and Bourkoff take hush-hush meetings that don’t end up going anywhere all the time.

But taken against the backdrop of the flailing Trump campaign, the meeting is revealing. The candidate’s base has largely rejected the GOP establishment in favor of hero-worship of Trump himself, and if he loses, they will want an outlet into which they can channel their support. Trump is a natural on television: his stint on The Apprentice was good business for everyone involved, unlike the many failed enterprises he’s also been a part of. Fox News, the most obvious competitor to a hypothetical Trump TV, just lost Roger Ailes, the man who’s been running the network since it was founded in 1996, amid a sex abuse scandal–and Ailes has been seen hanging around with team Trump quite a lot lately.

Trump campaign CEO Steve Bannon is also a right-wing media entrepreneur. During the campaign, Bannon is on leave as the CEO of Breitbart News, an organization whose unabashedly nativist and pro-Trump coverage might provide a blueprint for the Trump network’s sensibility. Kushner is a member of Trump’s trusted inner circle–Kushner’s handpicked Observer editor Ken Kurson helped write at least one Trump campaign speech this year–and would likely be involved in any post-election effort in the media industry.

Win or lose, Trump isn’t going anywhere. If you’re sick of seeing his mug on TV, steel yourself, because you probably won’t be seeing any less of it after November.