New Music: Run the Jewels — “Talk to Me” 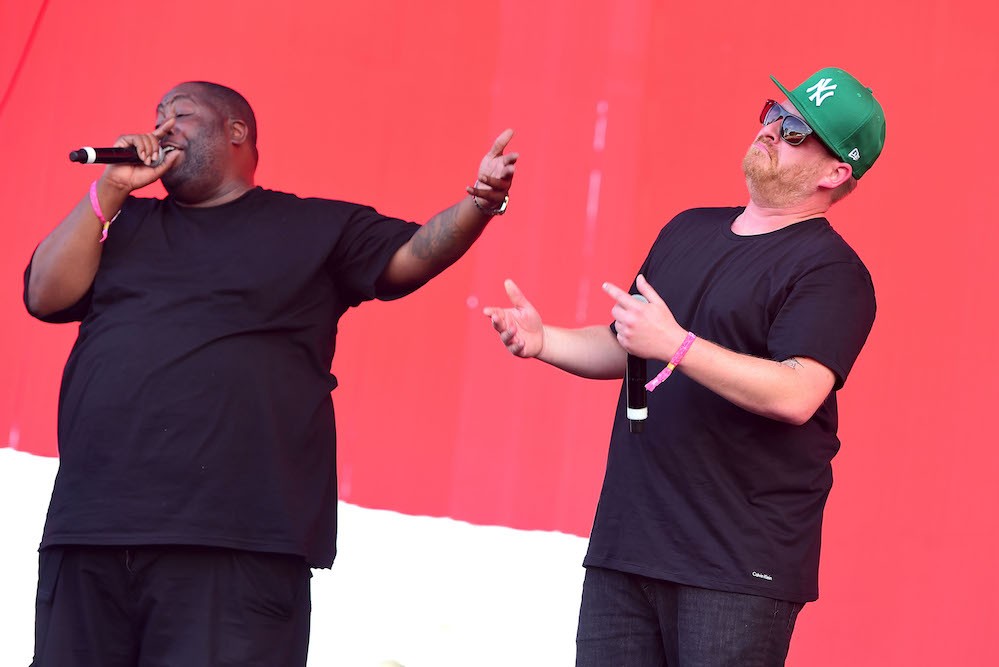 Run the Jewels’ “Talk to Me” was released by the Adult Swim Singles Program this morning, on the two-year anniversary of Run the Jewels 2. El-P revealed on Twitter that this is the first single off the duo’s upcoming Run the Jewels 3. (Another song from the album, “Panther Like a Panther (I’m the Shit),” was previewed on a Gears of War 4 trailer last month, but hasn’t been released in full.)

“Talk to Me” is well in line with the duo’s pugilistic aesthetic, with El-P’s brusque production bolstering Killer Mike’s political bars. (A noteworthy line: “Born black that’s dead on arrival.”) Listen below.