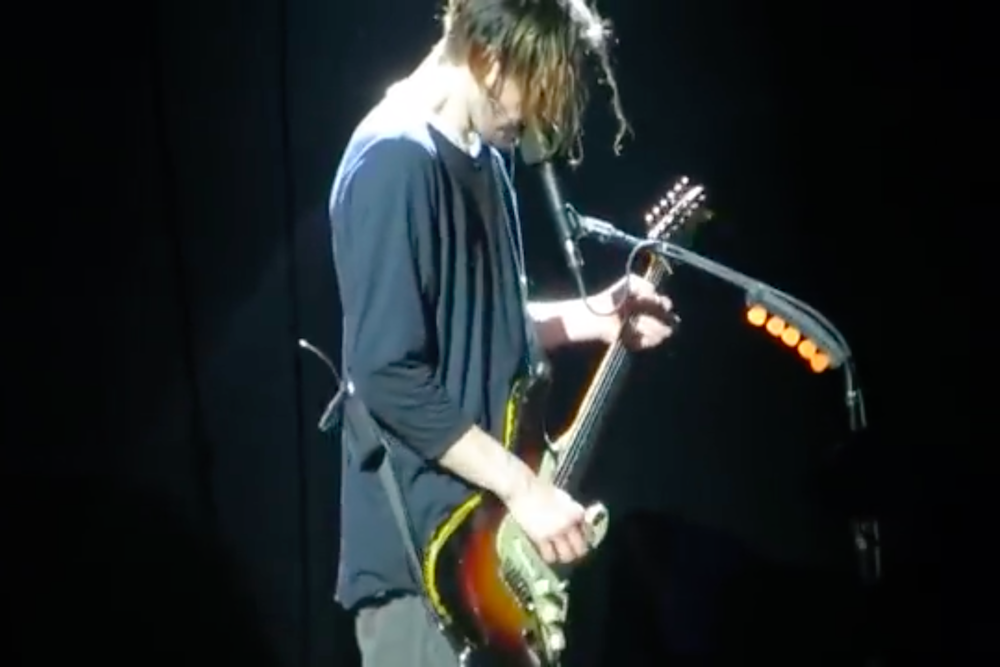 As Stereogum notes, the band has previously included various Klinghoffer-led covers into recent sets, including David Bowie’s “Five Years” and the Beatles’ “Across the Universe.” Radiohead wrote “Spectre” for the James Bond film of the same name, but the studio rejected the song in favor of Sam Smith’s “Writing’s on the Wall,” so the band released the song as a freebie to fans last Christmas. Klinghoffer’s version replaces Radiohead’s surging string arrangement with a lonely electric guitar. Watch a fan-shot video below.