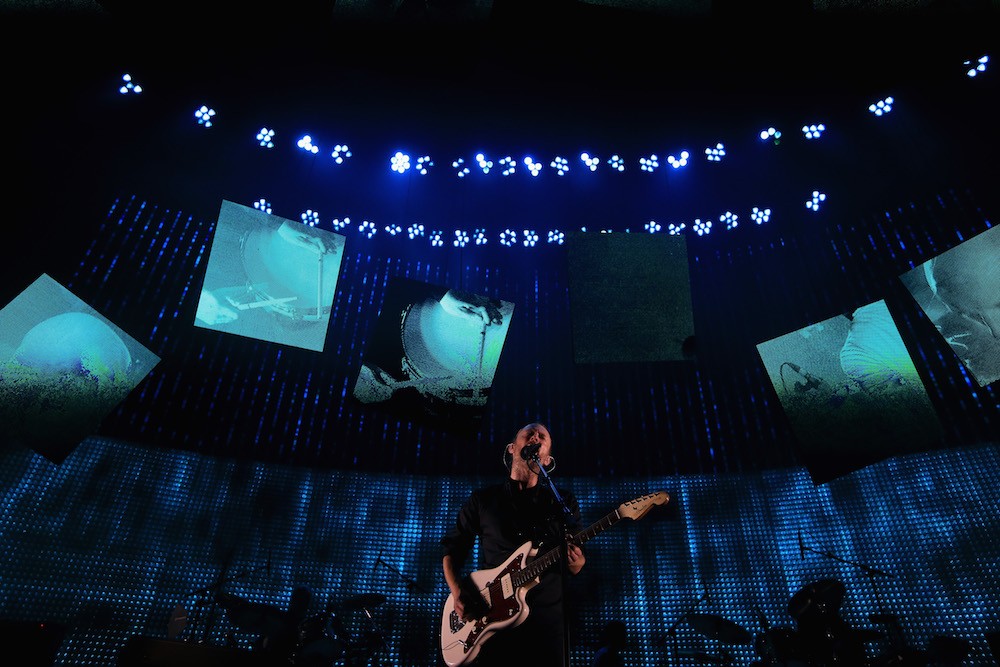 Radiohead are masters of the gut-punch album closer. From The Bends and “Street Spirit (Fade Out)” onward, they’ve ended each of their albums with an exquisitely crafted heartbreaker that dares you to finish without mist in your eyes–be it the Dylanesque rambling of “A Wolf at the Door” or the New Orleans elegy of “Life in a Glasshouse.” That streak was not broken with 2007’s In Rainbows Disk 2, the compilation of outtakes from the instant-classic album of the same name.

In Rainbows Disk 2 is essentially a 25-minute EP, with six proper songs and two ambient interludes. It was originally released as part of the limited-edition “discbox” that was the first physical version of In Rainbows that the band made available. (You’ll recall that Radiohead first released the album as a “pay-what-you-want” surprise download.) This morning, Disk 2 was published on streaming services like Spotify for the first time, bringing a half-forgotten Radiohead curio back to wide availability.

The In Rainbows bonus disc doesn’t match the heights of the proper album–there’s a reason these are outtakes, after all–but there are plenty of reasons to check it out again. There’s a stutter to the coda of “Down Is the New Up” that suggests Radiohead were attuned to the wisdom of J Dilla before Donuts was canonized as the masterpiece it is in indie rock circles. “Last Flowers,” with its acoustic instrumentation and personal lyrics, could just as easily have come from the sessions to this year’s A Moon Shaped Pool. And the chase-scene breakbeats of “Bangers and Mash” imagine what the film cues on Can’s Soundtracks might sound like had they been composed for a Guy Ritchie heist movie.

But the clear highlight is “4 Minute Warning,” the final track. Over a crystalline chord progression, urged along by steady tambourine, Yorke unspools an impressionistic apocalypse narrative, wearing his J.G. Ballard influence proudly: “This is just a nightmare / soon I’m going to wake up / someone’s gonna bring me ’round / running from the bombers/ hiding in the forest.” The song’s title comes in part from its length: you have four minutes of tranquility, wrapped up in Yorke’s voice and Colin Greenwood’s rounded bass guitar, before something terrible happens.

If you’re the type of Radiohead listener who liked “Nude” better back when it was called “Big Ideas” and it was a bootleg recorded inside of a tin can in a former Soviet republic on Towering Above the Rest Volume 2,642, you knew all of this already. But if your fandom isn’t quite that fanatical, take the opportunity to revisit In Rainbows Disk 2 today. At the very least, listen to “4 Minute Warning” below.