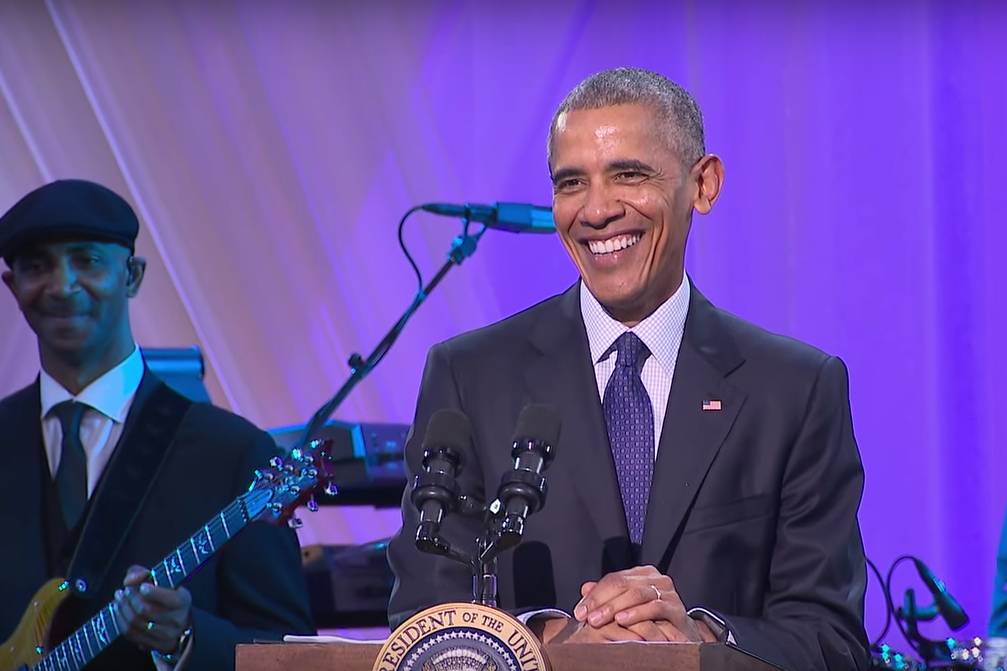 Power 105.1’s Angie Martinez also witnessed the moment. “In the middle of it all our president ran out to jump in a circle and dance to @champagnepapi w/ his hands in the air. All while a gigantic painting of George Washington hovered over the dance floor,” she wrote on Instagram.

BET will broadcast the “Love & Happiness” concert on November 15. Until then, check out official WhiteHouse.gov footage of Obama’s pre-concert remarks (“There will also be no twerking tonight… At least, not by me.”) and Jill Scott’s opening performance below.