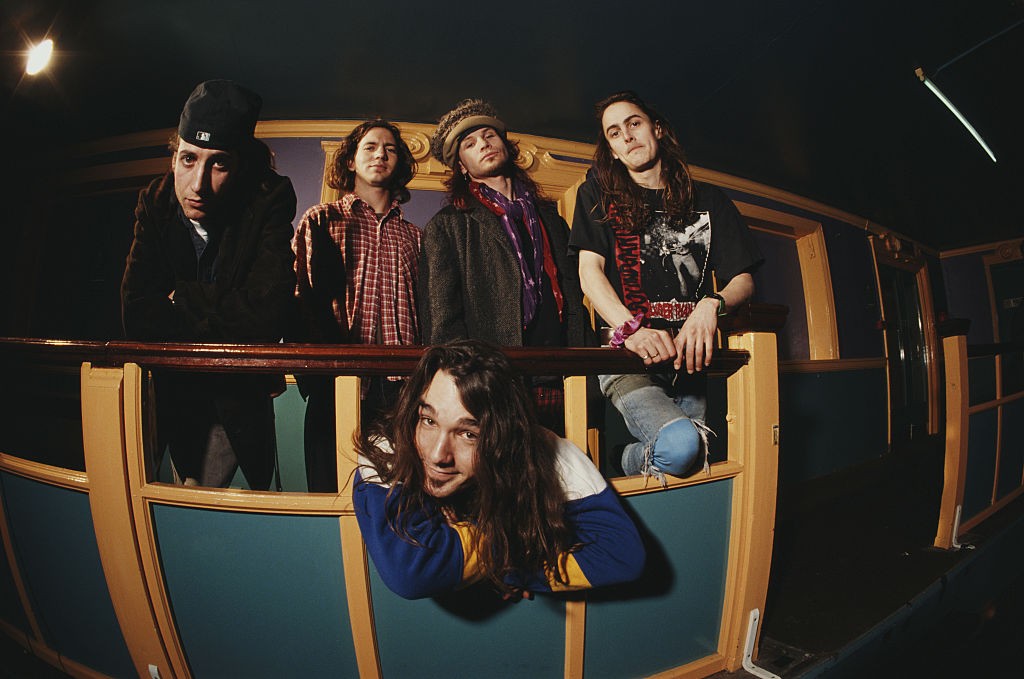 Pearl Jam with Dave Abbruzzese, at front, sometime between 1991 and 1994. CREDIT: Getty Images

Pearl Jam are among the nominees to become 2017 inductees to the Rock and Roll Hall of Fame, but one former band member feels snubbed. Dave Abbruzzese was Pearl Jam’s drummer from 1991 to 1994, when he played on second and third albums Vs. and Vitalogy. He isn’t, however, named on the Rock Hall ballot.

“If there is still a part of that band that remembers how hard we worked, how much blood and how much sweat… They will do the right thing,” Abbruzzese wrote on Facebook, linking to a Blabbermouth article pointing out his omission. “The members of Pearl jam have got to know what’s the right thing to do. They can’t justify ignoring my contributions. Like me or not,” he added later.

The Rock Hall’s definition of Pearl Jam includes original drummer Dave Krusen, who left after the recording of 1991 debut album Ten, and current drummer Matt Cameron, who’s been with the group since 1998. Abbruzzese took over from temporary drummer Matt Chamberlain in 1991, but was fired in 1994 because of personality clashes. His replacement, Jack Irons, isn’t named either, but Irons is already a Hall of Famer: He was inducted in 2012 as founding drummer of the Red Hot Chili Peppers.

If Pearl Jam aren’t voted in to the Hall, this is a non-issue until next year. If they are voted in, Abbruzzese is barking up the wrong tree: The Rock Hall’s nominating committee chooses who among a band’s lineup will be included, not the band themselves, as Nirvana and Kiss learned in 2014.