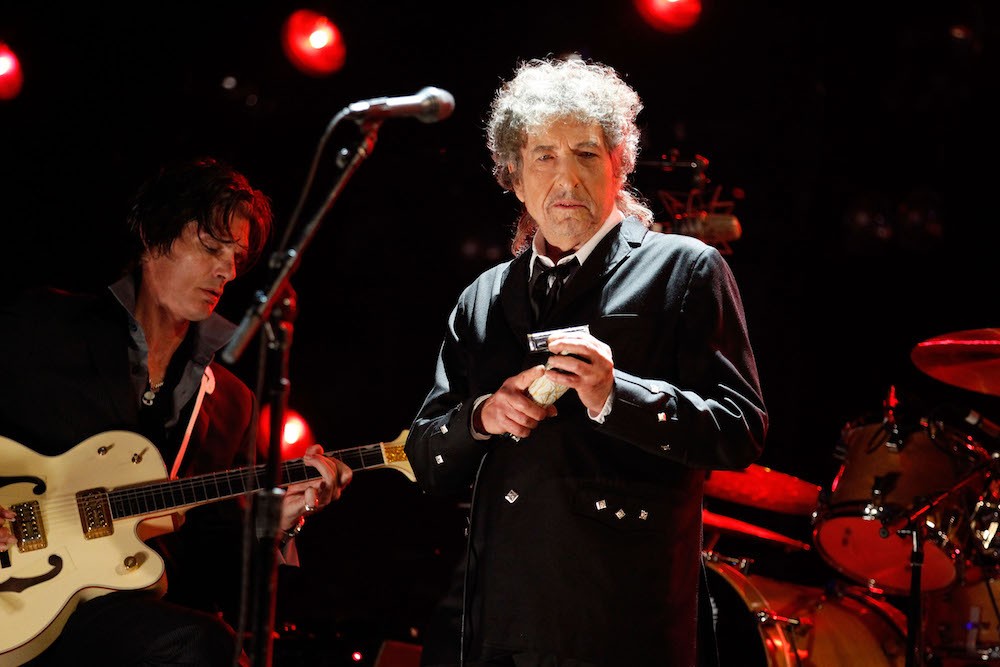 When Bob Dylan was awarded the Nobel Prize in Literature, some authors mocked the decision, fans praised the choice, and others were completely indifferent. “[The Nobel Prize] is like pinning a medal on Mount Everest for being the highest mountain,” said Leonard Cohen.

Dylan has been pretty chill about the whole conflagration, though. He made no mention of the honor during his Las Vegas performance over the weekend, and hasn’t even bothered returning the Nobel panel’s calls. The Swedish Academy has given up trying to reach the singer, who also happens to be the first musician to receive the Nobel Prize in Literature.

“Right now we are doing nothing,” the academy’s permanent secretary, Sara Danius told state radio SR, according to the Guardian. “I have called and sent emails to his closest collaborator and received very friendly replies. For now, that is certainly enough.”

Dylan’s apathy towards receiving high honors isn’t exclusive to the Nobel Prize. In 2010, President Barack Obama recalled that the songwriter was elusive and “skeptical” when he was invited to perform at the White House.

Here’s what I love about Dylan: He was exactly as you’d expect he would be. He wouldn’t come to the rehearsal; usually, all these guys are practicing before the set in the evening. He didn’t want to take a picture with me; usually all the talent is dying to take a picture with me and Michelle before the show, but he didn’t show up to that. He came in and played “The Times They Are A-Changin’.” A beautiful rendition. The guy is so steeped in this stuff that he can just come up with some new arrangement, and the song sounds completely different. Finishes the song, steps off the stage — I’m sitting right in the front row — comes up, shakes my hand, sort of tips his head, gives me just a little grin, and then leaves. And that was it — then he left. That was our only interaction with him. And I thought: That’s how you want Bob Dylan, right? You don’t want him to be all cheesin’ and grinnin’ with you. You want him to be a little skeptical about the whole enterprise. So that was a real treat.

At the very least, he did show up to actually perform. There’s still a chance Dylan will show up to the Nobel ceremony on December 10. Or, maybe he’ll just skip it.