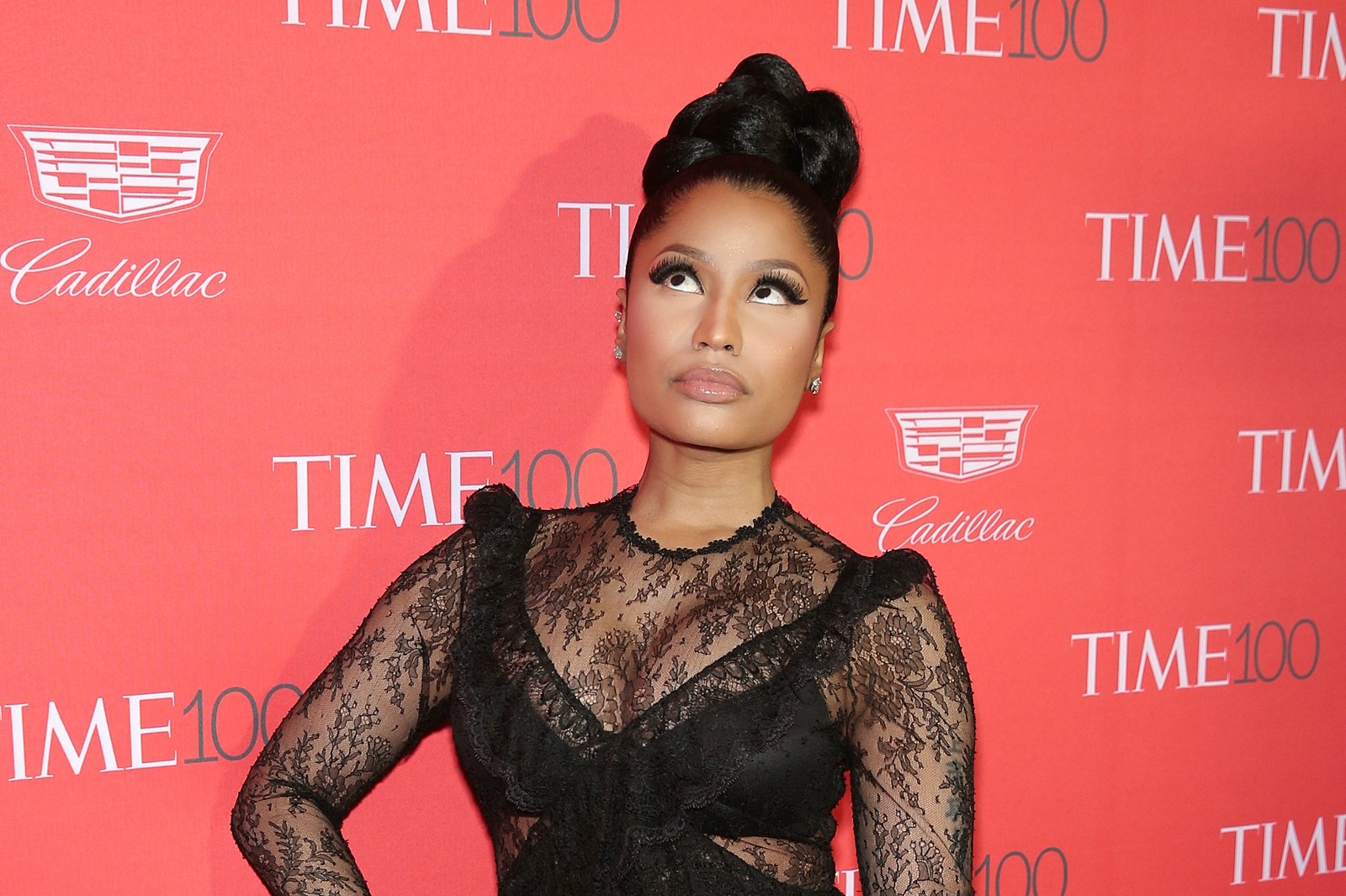 Nicki Minaj trolled eager fans on Twitter Saturday night, responding to demands for new music by promising to drop an album called Pick My Fruit Out at midnight.

Ok u know what I wasn’t gonna say anything but damn ya got it out of me. The album drops at midnight. 🎀💋 it’s called #PickMyFruitOut

Her followers were immediately skeptical—the first response to Minaj’s tweet was “r u kidding me”—but since it’s been nearly two years since the release of The Pinkprint, they couldn’t ignore the possibility. The Queens rapper followed up with a fruity faux track list, including #4, “Bananas (harambe interlude),” and an unlisted #10 featuring her “favorite rapper of all time”:

The one I’m most excited about, however, is track #10. It’s called Nigga toss my fruit salad and it features my favorite rapper of all time

Shortly afterward, though, Minaj admitted she’d been kidding all along. “I been cryin laughin this whole time,” she wrote.

*kisses u* love u back. All of u. Love you sooooooo fkn much. I been cryin laughin this whole time, btw… Good stuff #PickMyFruitOut 🍎🍒🍌🍏🍓🎀 https://t.co/Q5WEmUfAdi

Though she hasn’t released her own new music lately, Minaj has stayed busy, guesting on DJ Khaled’s album, recording “The Pinkprint Freestyle” over the instrumental track of Young M.A’s “OOOUUU,” and performing with Ariana Grande at this year’s MTV Video Music Awards. Minaj has mentioned working on new material in other recent tweets, so expect her next album announcement to be the real thing.