Murs Is Giving You 26 Hours of Boost Mobile-Sponsored Raps 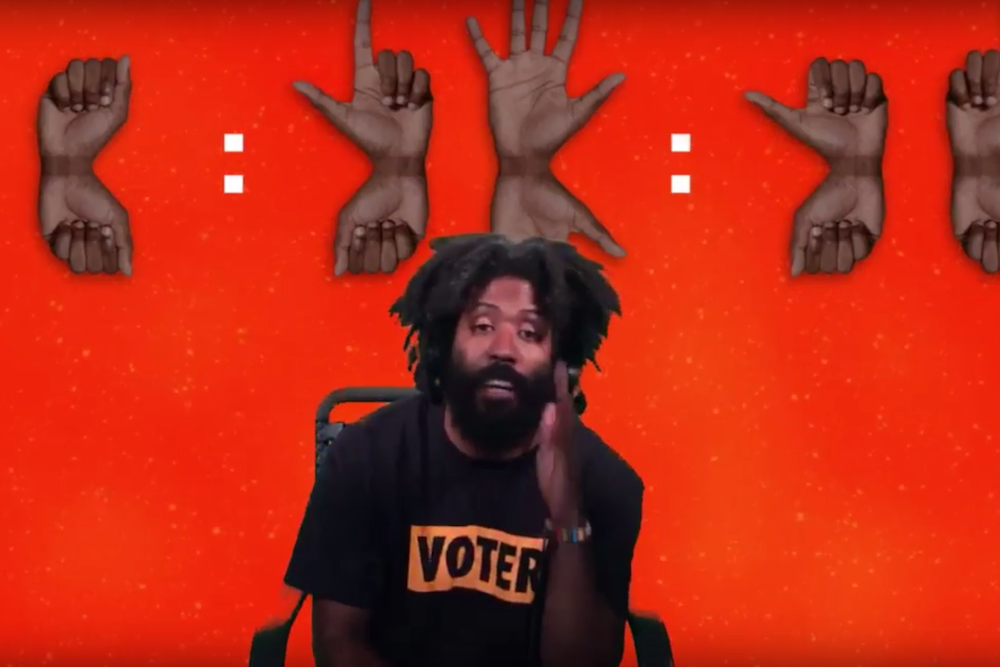 Update: Murs’s rap-a-thon ended shortly before 10 a.m. PST, clinching the Guinness World record for Longest Rap Marathon. Rolling Stone reported that Murs was supposed to go until 11 a.m. PST, but the record is still his. Instead of freestyling, Murs spent his time reciting hip-hop classics (Wu-Tang and A Tribe Called Quest during the home stretch) and got a five-minute break every hour.

Kendrick Lamar is spitting garbage on Maroon 5 tracks and Usher has to strip to sell albums. It’s been a great year for music, but that doesn’t mean there aren’t some rough patches. Like Usher’s abdominals, rap-a-thons are not the cure.

Yet, here we are. Murs is currently rapping a stream of loosely rhyming bars for the next 26 hours to break the Guinness World Record for Longest Freestyle. This unfortunate endurance test closes out Boost Mobile’s Where You At? Los Angeles concert series. And if you’re asking, yes, MURS really loves rapping enough to offer 26 hours of his life to a punchline of a cellphone company.

“I’m sure it’ll be challenging. But the being awake part I’ve done,” Murs said to Rolling Stone. “So I’m good there. I love rapping just a little more than video games. And combining my own compositions with songs I love by other artists should keep me amped up enough. If not, there’s coffee and coffee.”

Are the bars good at least? Well, if you shoot 1,000 shots from halfcourt, at least two should go in the hoop. But don’t forget that we’ve been here before. Back in 2011, Chidera Anamege set the Guinness record with a nine-hour, 18-minute, and 22-second performance. Stereogum’s Tom Breihan noted that it was not a fun watch.

“When you rap for nine hours, words stop meaning anything; they become a way to fill time,” he wrote. “If you pull up a random video from the nine-hour stretch, you’ll see Chiddy wandering aimlessly around a spotlessly furnished room, flopping down on a blinding white couch, lifelessly throwing out words while the other dudes in the room stare at their iPhones. It’s depressing.”

Cheers to Murs, though. Stream the effort below.

Best Photos from Rock the Bells

Bonnaroo Day 1: The Best & the Worst