Surprise: Michael Moore Made a Movie About Donald Trump That’s Out Tonight 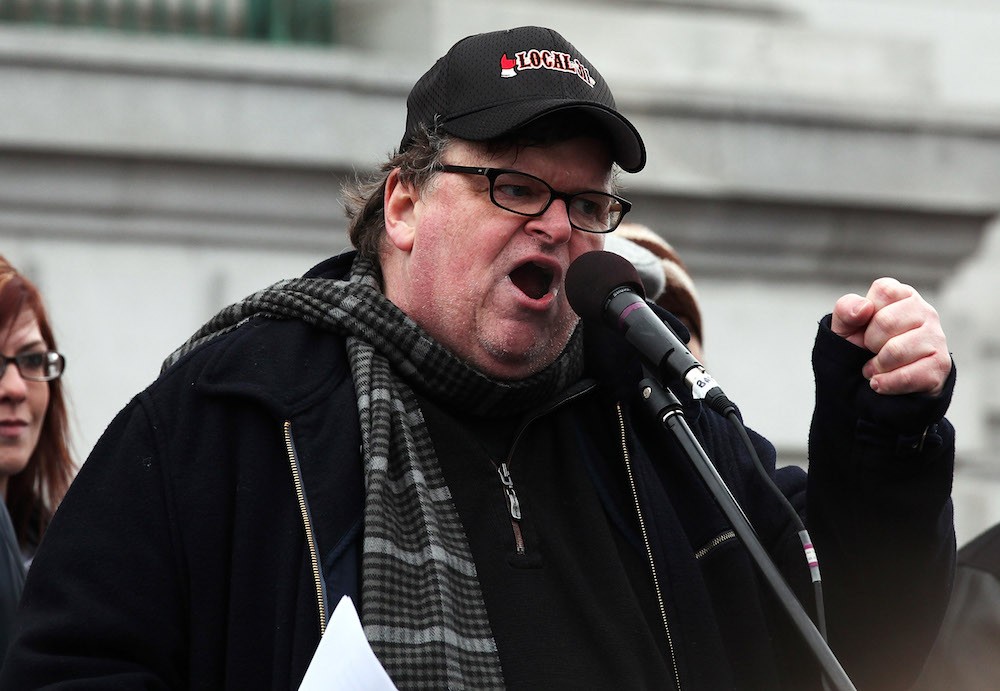 Michael Moore has announced Trumpland, a new movie about dried-up carrot Donald Trump that premieres … tonight, at New York City’s IFC Center. Tickets are free. The movie will begin running normally at the IFC Center on October 19, though no other plans for release have been announced.

The movie is a version of a one-man show about the election that Moore was prevented from performing at an Ohio theater. A movie synopsis reads: “See the film Ohio Republicans tried to shut down. Oscar-winner Michael Moore dives right into hostile territory with his daring and hilarious one-man show, deep in the heart of TrumpLand in the weeks before the 2016 election.”

Moore’s reputation as leftist filmmaker/agitator is well-established: Bowling for Columbine and Fahrenheit 9/11 are two of the more commercially successful documentaries from the last 15 years. During this election cycle, he was a visible advocate for Bernie Sanders during the Democratic primaries, and has offered tepid—but certain—support for Hillary Clinton, who for all her sober centrist dreariness is at least not a legitimate dirtbag.

On the other hand, is an anti-Trump movie that airs exclusively in New York City, stronghold of godless liberals, going to convince anyone? Furthermore, is Michael Moore going to convince anyone? Fahrenheit 9/11 came out right before the 2004 election, made a bunch of money, and … did nothing to stop George W. Bush from storming to his second term as president. He has facts and moral righteousness on his side, but that hasn’t done much for the left in the last fifteen years—ask Jon Stewart. But hey, maybe this gets a wide release in the next couple of weeks, and leads thousands Trump supporters to go, “Wow, I had no idea.” It could happen, in that anything can happen.