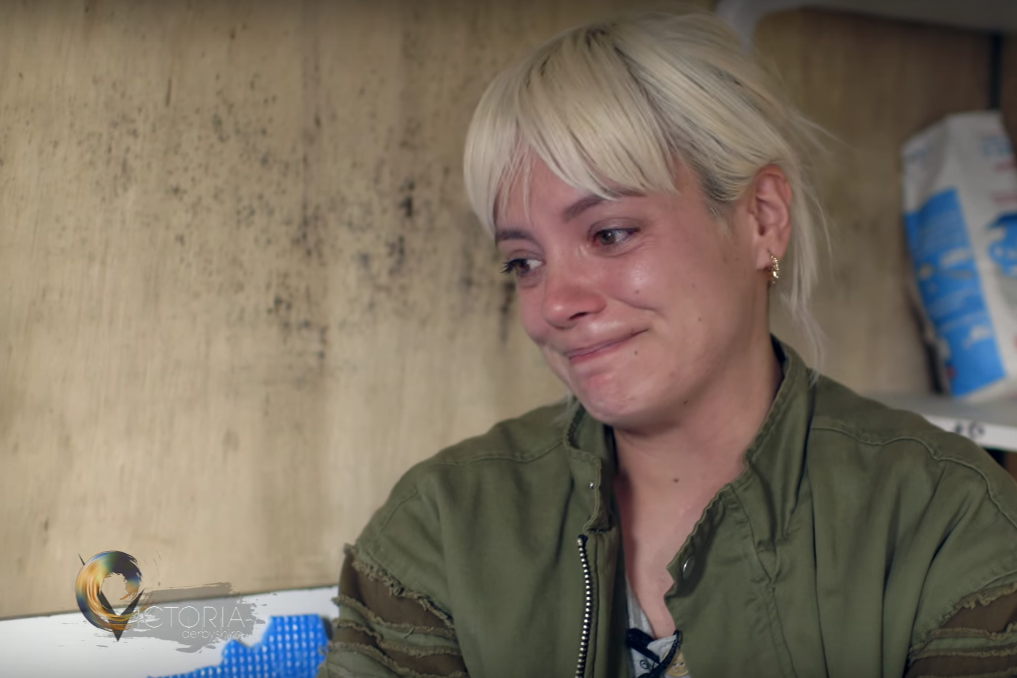 “The Jungle” is a makeshift camp in the French port city of Calais, where thousands of displaced migrants and refugees, including more than a thousand unaccompanied children, are living in “abject” conditions. Many hope to emigrate to the U.K., risking their lives in attempts to hitch rides on trucks bound across the English Channel. French authorities are planning to demolish the camp, which has become a flashpoint in the political uproar over Europe’s migration crisis, but many of its residents have nowhere else to go.

Enter British pop singer Lily Allen, who, in a somewhat awkward new BBC News segment, visited some of the Jungle’s young residents and apologized to a 13-year-old boy from Afghanistan “on behalf of my country.” “We’ve bombed your country, put you in the hands of the Taliban, and now putting you at risk, risking your life to get into our country,” Allen said, tearing up. “I’m sorry for what we’ve put you through. … And now I’m making you do this interview.”

This premise isn’t quite as crazy as it sounds; Allen is evidently friends with Josie Naughton, co-founder of a charity organization called Help Refugees that’s active in Calais. BBC producers attempted to contrast Allen’s comfortable life in London, where she’s recording her next album, to the dire straights of vulnerable young people facing an uncertain future. The end result is clumsy—it’s not exactly great documentary reporting, it smacks of “voluntourism,” and it sure is terrible album promotion.

Worse, much of the Twitter blowback on Allen isn’t about the absurdity of a rich white pop star’s shantytown apology tour. Instead, it’s hateful anti-immigrant screeds and people whose first reaction to a humanitarian crisis is to proclaim that they certainly don’t feel bad for anybody. Watch Allen’s visit to the Jungle below.