New Music: Le Tigre Return With Pro-Hillary “I’m With Her” 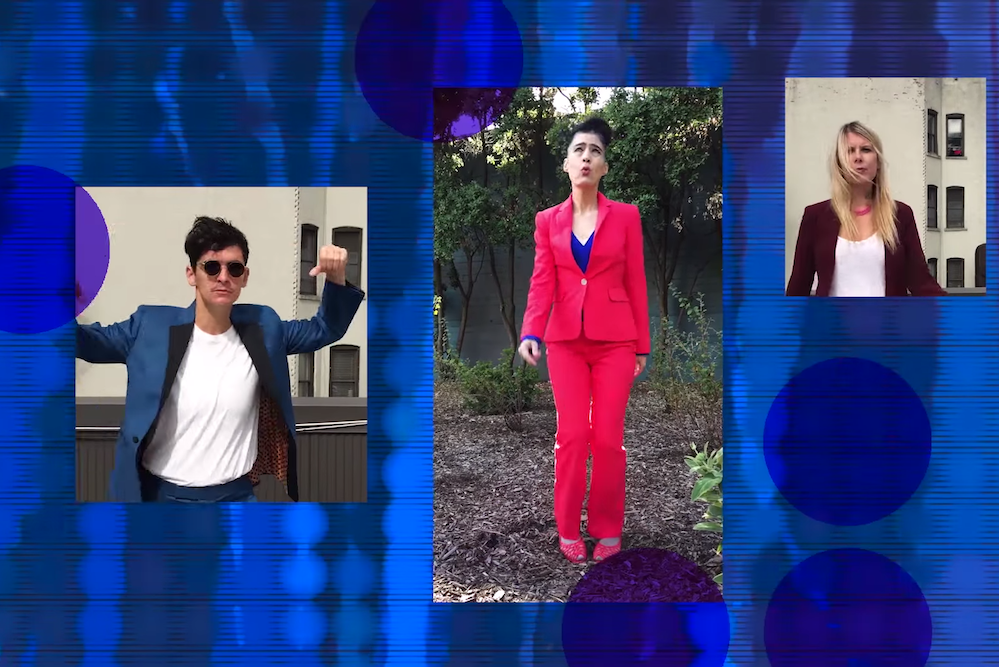 The Hillary Clinton campaign is now also notable for the reunion of Le Tigre. Because nothing is more punk than political endorsement, the trio has returned with “I’m With Her,” a pro-Clinton dance number that’s also their first new single in a decade. The four-minute jam features lyrics like, “She’s with us / We won’t stop” and “Bye Bye / Trump has got to go.” The accompanying Laura Parnes-directed video is stocked with feminist activism scenes, psychedelic cat footage, and Clinton herself.

Weirdly, some of the YouTube commenters seem to have watched without knowing that of course Le Tigre would be Hillary supporters. “This makes everything you stood for in the past seem shallow and superfluous, I’m out,” said noted partisan DucksEatBread. “foh hillary hella corrupt,” said potential Trump supporter Tahyler. The 2016 presidential election continues to seep into everything. Just three more weeks, guys. Watch “I’m With Her” below.