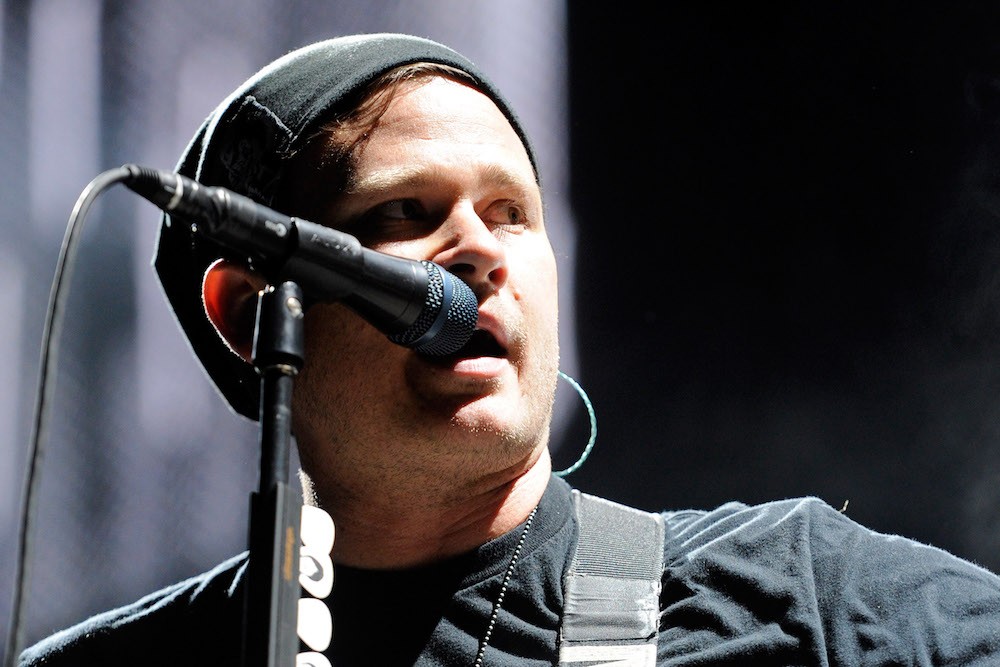 We’ve known since the song “Aliens Exist” on Enema of the State that former Blink-182 guitarist Tom DeLonge believes, well, that aliens exist. Still, it’s pretty funny to find him chatting casually about UFOs with Hillary Clinton’s campaign manager in a dump of emails from Wikileaks.

Wall Street Journal first noticed the emails, which Wikileaks published as part of cache of communications evidently belonging to the high-powered politico John Podesta this week. Podesta, who is currently running the Hillary Clinton campaign after having served in the Obama and Bill Clinton administrations, is also an alien enthusiast–as WSJ notes, he tweeted last year that his biggest regret after leaving his job with Obama was failing to secure the disclosure of “the UFO files.”

The leak contains two emails from DeLonge to Podesta. The first, from October 2015, shows DeLonge mentioning a documentary for which he evidently interviewed Podesta. DeLonge also mentions “our sensitive topic.” It reads in part:

I would like to bring two very ‘important’ people out to meet you in DC. I think you will find them very interesting, as they were principal leadership relating to our sensitive topic. Both were in charge of most fragile divisions, as it relates to Classified Science and DOD topics. Other words, these are A-Level officials. Worth our time, and as well the investment to bring all the way out to you. I just need 2 hours from you.

Just looking to have a casual, and private conversation in person.

The second email, from January of this year, has the subject line “General McCasland”–an apparent reference to a former Air Force official. It shows DeLonge discussing the Roswell crash. “When Roswell crashed, they shipped it to the laboratory at Wright Patterson Air Force Base,” he wrote in part. “General McCasland was in charge of that exact laboratory up to a couple years ago.”

Both of DeLonge’s emails seem to refer to some ongoing multimedia project, though it’s unclear exactly what that project is. It’s also unclear whether Podesta even responded to them. Another message in Podesta’s inbox from January refers to an event invitation titled “DeLonge/Podesta Meeting,” however, so it’s possible that they had further communication.

The Clinton campaign provided a statement to the Wall Street Journal condemning alleged Russian involvement in the Wikileaks dump, but did not address the DeLonge emails specifically. We’ve reached out to DeLonge for more info and will update if we hear back.