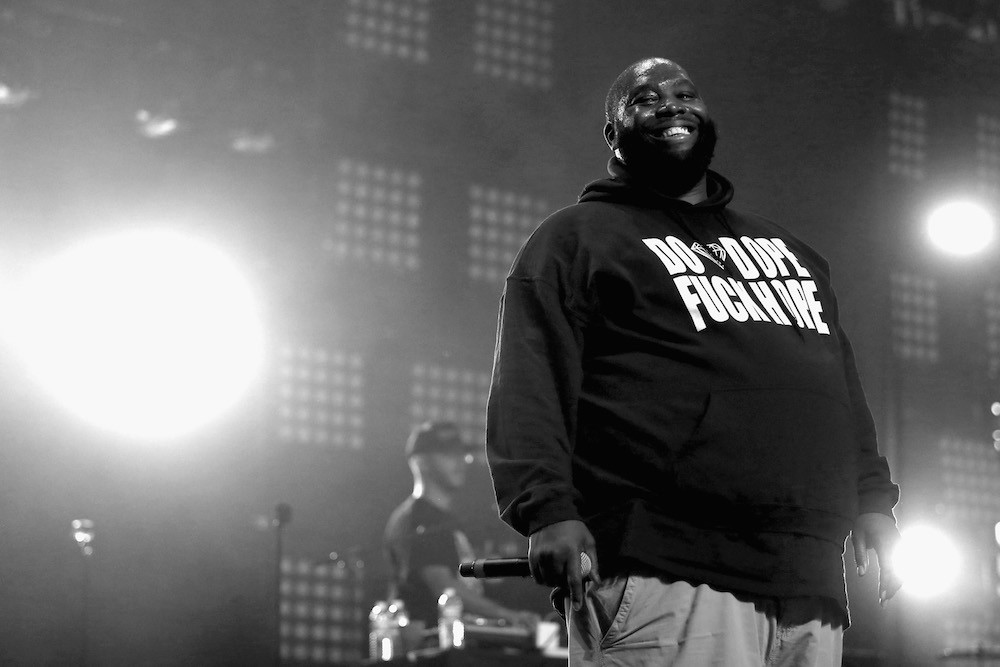 Killer Mike is talented at framing hip-hop as a righteous act of sedition. He’s also a really good businessman.

Earlier this month, WikiLeaks released a number of e-mails sent from the account of Hillary Clinton’s campaign chairman, John Podesta. One of the emails referenced Killer Mike’s controversial jab at Clinton,” where he said “a uterus doesn’t qualify you to be president of the United States.”

In response, campaign assistant Milia Fisher said, “I guess Killer Mike didn’t get the message.” Whether it was some kind of subliminal diss or if the campaign legit reached out to him is anyone’s guess, but what it is a business opportunity. Killer Mike is selling hoodies and t-shirts on his website that reference the e-mail, because if you’re not with her, you can at least get paid.