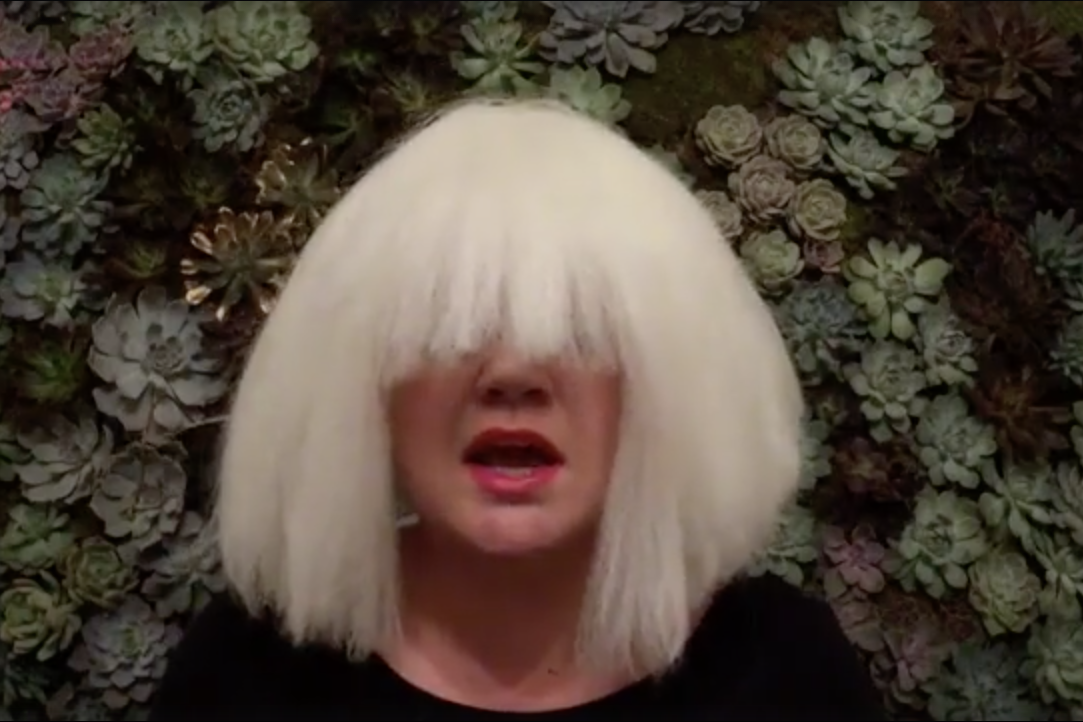 No scares here: Kelly Clarkson took advantage of Halloween to pay homage to one of her own favorite pop singers, Sia. In a video shot on Friday night, Clarkson donned a blonde wig with long bangs to mimic Sia’s signature style and sung an acapella version of “Chandelier” in front of an impressive succulent wall (seriously, Kelly, are those real?).

“I don’t know how she does this, ’cause, y’know, you can’t see,” Clarkson joked after finishing the song. “But it’s also kind of awesome, because you’re in your own little world when you’re performing.”

Clarkson used the rest of the video to promote Miracle on Broadway, her Christmastime benefit concert in Nashville. Watch below.