Katy Perry Dressed as Hillary Clinton for Halloween Is Terrifying 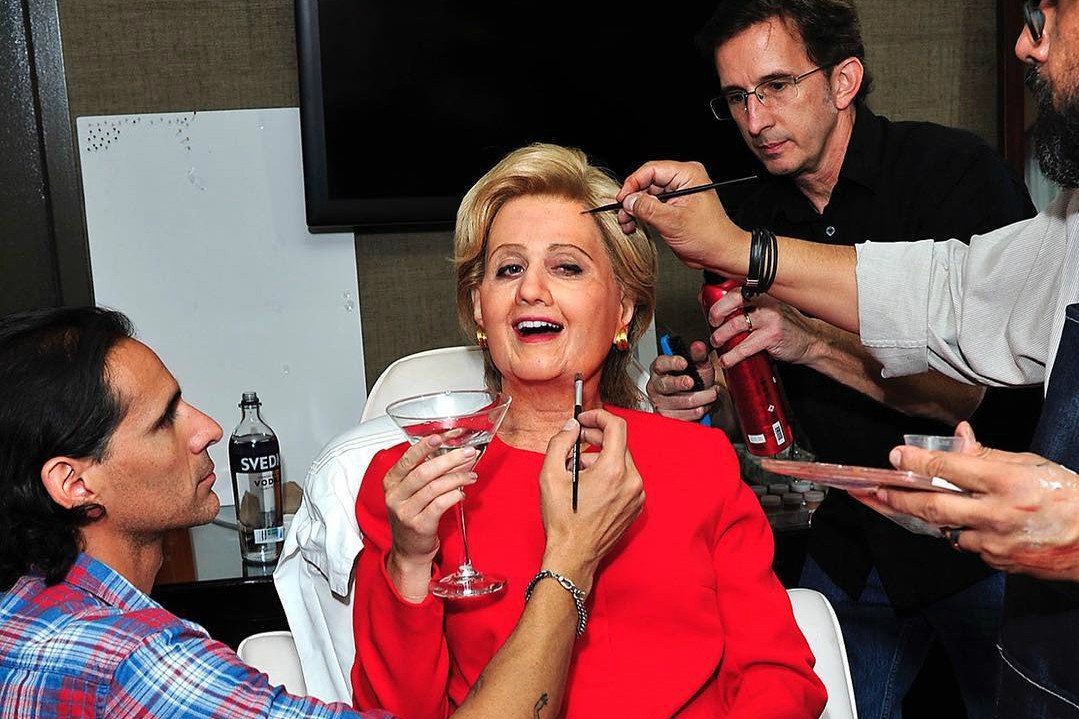 Katy Perry is all-in for Hillary Clinton, getting naked to get out the vote, going door-to-door at a college dorm, and Instagramming her own early ballot. But don’t say she doesn’t have a sense of humor about it: At Kate Hudson’s Halloween party in Los Angeles last night, Perry donned a bright red power suit and facial prosthetics to become a living, breathing, partying caricature of the Democratic presidential candidate.

Perry had the assistance of a crew of stylists and makeup artists to get the look:

Having a little pre party before I take office #IMWITHME Cheers to @svedkavodka  #howtosvedka @hillaryclinton 🍸?

The final result was deep down the uncanny valley:

At the party, Perry-as-Clinton met Kendall Jenner, who started grinding on her:

Perry’s Halloween date was boyfriend Orlando Bloom, who dressed as Donald Trump in a rubbery mask with an enormous shock of neon orange Troll-doll hair and a “Make America Great Again” hat. Two more friends played Bill Clinton and a pair of Secret Service agents, but Perry’s costume is the clear winner here. Vote Katy Perry for President of Halloween 2016.