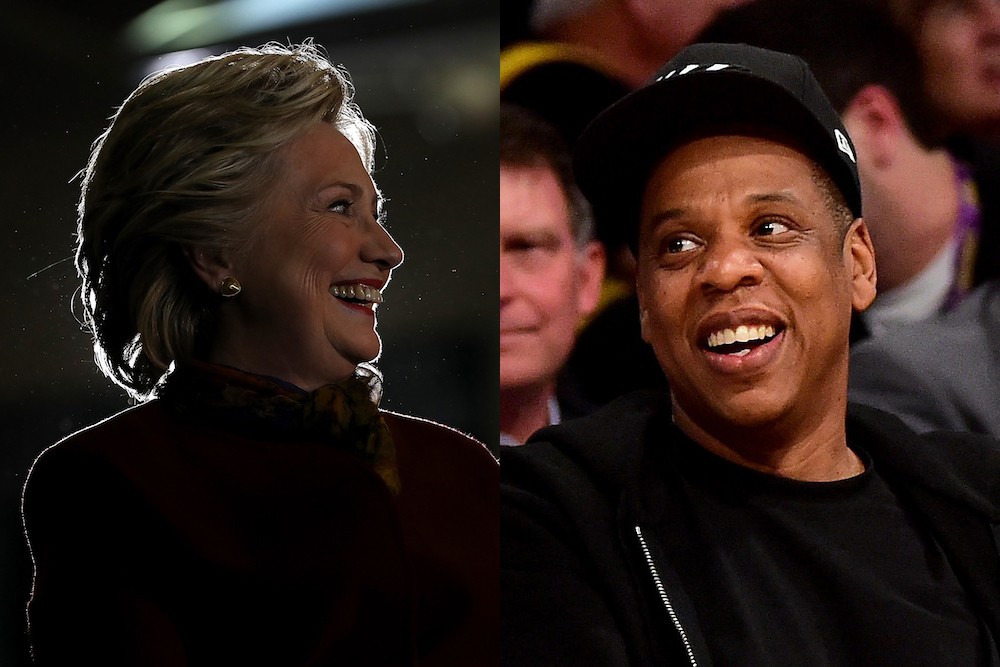 In the latest effort to separate pro-Pusha T Hillary Clinton from pro-Crime Bill Hillary Clinton, Jay Z will perform at a Cleveland, OH concert to support the Democratic presidential candidate. Although a set date hasn’t been announced, the performance will presumably take place before November 8.

Jay Z and Beyoncé have been endorsing Clinton for a while and even hung out with Bill Clinton during September’s Made in America festival. The concert’s goal is to mobilize black voters in Ohio, a swing state that Clinton has trailed in more so than others.

Although Clinton has had trouble getting the full support of young black millennials, she’s doing just fine when it comes to the African-American vote. Polls conducted by the Wall Street Journal, NBC, and Marist show only 6 percent of black voters are planning to vote for Trump. In Ohio, Clinton is doing especially well–Cleveland savior LeBron James supports her, and polls also show that Trump could get zero percent of the African-American vote in the state. Jay Z’s concert might be a bit of extra, unnecessary insurance, but you can never be too sure. Remember: Very few thought Trump was going to make it this far.